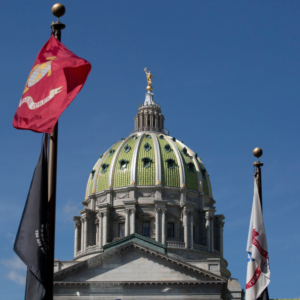 Sammin: Is Stealing an Election Ever Okay? It Depends on Who You Ask

Is stealing an election ever okay? It depends on who you ask.

Here in Pennsylvania, Democrats are doing their best to hang on to a State Senate seat right outside of Pittsburgh, with the judicial and executive branches combining to count enough potentially invalid ballots to give their man, incumbent Democrat Jim Brewster, the votes he needs to hold on to his seat.

Fortunately, the state constitution vests the final power over legislative elections where it belongs: in the legislature. Democrats will fail here, but not before raising the usual hue and cry, abetted by a sympathetic media corps, that the seat they tried to steal is being stolen from them.

First, the facts: in the 45th state senatorial district, which includes parts of Allegheny and Westmoreland counties, incumbent Democrat Jim Brewster and Republican challenger Nicole Ziccarelli fought an exceedingly close race — closer than many expected, as Republicans outperformed in many regions of the state where Democrats had been bet on to prevail.

As was the case elsewhere in the state, the votes included a large number of mail-in ballots under the new electoral law passed in 2019. The lack of security in those mail-in votes has been the subject of debate in other races, but here it truly mattered: The two counties counted the votes differently, with Westmoreland following the statute as written and Allegheny following the more lenient interpretation permitted by the state’s Democrat-dominated Supreme Court.

Unsurprisingly, this led to legal challenges. Combining the votes counted under those two varied standards gave Brewster a 69-vote win. But that includes 310 Allegheny County votes that the statute states are invalid because they were not dated on their outer declaration envelopes before being mailed. Exclude these potentially invalid ballots, and Ziccarelli wins the race by 24 votes. She has filed suit in federal court to enforce her claim, as well as asking the state senate to examine it.

The executive and the legislature:

When the issue came before the State Senate on Tuesday, Lt. Governor John Fetterman attempted to steamroll the Senate into ignoring the problem. Instead, the Republican majority voted to remove him from the chair and declined to seat either candidate until the issue is resolved. It was dramatic — and another cold realization that the nearly powerless office of lieutenant governor is a bad fit for a man with the larger-than-life personality of Fetterman.

The 45th district fight has been presented in the legacy media as just part of what they label Republicans’ nationwide refusal to admit defeat, no different than the fights over how to count electoral votes from the presidential race.

But the two disputes are very different. In the presidential race, the determination of electors has been granted to state legislatures and for more than 100 years each state has taken that power and passed it onto the people directly.

Could a state legislature appoint electors directly? They probably could, but none has done so since 1876. The people vote, the state counts the votes, and the governor certifies the result. What happens after that is mere record-keeping. If another branch of the state government certifies a rival slate of electors, there is a law that tells Congress how to consider that question — but no state has done that this year. Congress’s job is merely to count the votes the states have given them.

Legislative elections are a different animal. In the federal constitution, the Commonwealth’s constitution, and the constitutions of most if not all other states, one may find a provision something like that of Pennsylvania’s Article II, section 9: “Each House shall choose its other officers, and shall judge of the election and qualifications of its members.”

When an election to the State Senate is disputed, it is the State Senate’s job to examine the evidence and decide as they see fit. Judicial rulings and executive certifications have no bearing on the independent power of a separate branch of government.

This should not come as a surprise to people writing about the current dispute. It has been part of Pennsylvania’s system of government in every version of the state constitution since 1776. The federal constitution has had a nearly identical provision in Article I, section 5 since it was written in 1787. Challenges of this sort have been adjudicated by the legislatures themselves frequently in our history. (Here are some of the many examples at the federal level).

Our government is functioning as it should:

None of this is new and none of it is related to Trump or populism. It is the way legislatures work in the United States.

Considering the alternatives shows why this is necessary. Imagine a system in which the executive alone could determine who has the right to sit in the legislature. This would vest a significant power in the executive, ultimately making the legislature dependent on him.

If the executive would disregard the law, what would be the recourse? Courts? This would not solve the problem, but merely shift the control of the legislature from executive to judiciary. Separation of powers is not just the form our government happens to take; it is a safeguard of liberty, distributing power to ensure that no one person or group can become a tyrant. Preserving it is as important as preserving the Bill of Rights.

It is entirely correct for the Pennsylvania Senate to decide for itself who won a close election to that body. And the Senate would be perfectly justified in counting the votes in accordance with the bipartisan legislation it and the House passed less than two years ago and signed by Governor Wolf. That law is not perfect, and the legislature should make corrections to it in the coming term, but ignoring the law is not the answer. The State Senate must seat members elected according to the law, even when the other branches of government, along with a media echo chamber, seek to subvert the law.

The Inquirer and other media outlets have interpreted everything through the lens of Trump and their favored outcomes, but there is more to the story.

A better comparison to national events could be found in the currently contested federal race in Iowa’s Second District. The state of Iowa certified Republican Mariannette Miller-Meeks as the winner by six votes, the closest congressional race in generations. But the Democrat, Rita Hart, has asked the U.S. House to examine the results itself. Miller-Meeks has been seated “provisionally,” but the House will ultimately decide who won the seat. As in Pennsylvania, this is entirely within the law and is how legislative electoral disputes are meant to be resolved. The parties are reversed, but the principle is the same.

The claim that votes are “certified” lends no mystical aura to the count. It only means that the state’s executive agrees with it. The real process is messy and will take longer than usual. It is not “the erosion of democracy,” as the Inquirer’s purple prose would have it; if anything, it is more democratic to have a legislative vote on a result than to have a decision made by a few bureaucrats, or seven judges. It is our state’s system — messy, raucous, and democratic — working as it has since 1776.

Kyle Sammin is a senior contributor to The Federalist, co-host of the Conservative Minds podcast, and resident of Montgomery County. He writes regularly for Broad + Liberty, where this article was first published.