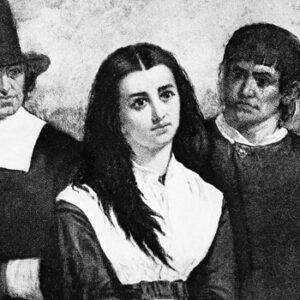 History often looks different years after events occur. In 1692, during the Salem Witch Trials, most locals believed that a group of citizens were actually witches, and they were burned at the stake for their alleged crimes. At the time, the trials were considered necessary and the consequences warranted. Over 300 years later, we view these acts very differently and recognize the lunacy of burning people at the stake.

Today in West Chester, similar thinking that led to the Salem Witch Trials seems to be pervasive amongst certain groups in the community.  West Chester likes to pride itself on being an inclusive, welcoming, non-judgmental, and progressive community. However, a group of residents recently started a Facebook group and smear campaign targeted at Ada Nestor, a school board candidate in Region 1 of the West Chester Area School District.

As of January, I was planning to run in Region 1. However, after a meeting with half the school board and every district administrator, I decided not to pursue my candidacy. At that meeting, despite my 30-year career of working with educationally disadvantaged and marginalized students, several board members and administrators told me I was not able to advocate or speak on or behalf of children who were not the same race as me.

I then met Ada and was immediately impressed with her quick wit, critical thinking skills, and her ability to listen and learn. She is a Hispanic mother in the district who has overcome a great deal of adversity in her life, and she expressed an interest in running for the board. At that moment, I knew I wanted to give her my full support so she could “legitimately” support our low-income and minority students who have been disproportionately impacted academically by school closures. Keep in mind that Hispanic children represent 13 percent of our community – the largest minority in the district. 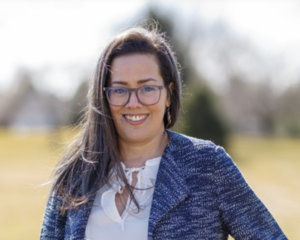 I do not share Ada’s political party affiliation, her religion, or her ethnicity. I do share her passion for our community and all of our students. I do share her commitment to keep our schools open and to return them to a state of normalcy by the fall. I do share her desire for transparency and fiscal accountability with our school board. And that is why I am supporting her wholeheartedly for school director.

Ada has been accused of many things. First, she is not Hispanic enough because she was adopted by white parents. Second, she is transgender phobic because she does not believe that biological boy athletes should share in the already scarce scholarship funds for biological girl athletes. She is criticized for this even after Caitlyn Jenner expressed the same exact sentiment. And most recently, Ada is accused of being a member of a subversive group and of participating in subversive events.

These allegations are simply not true. And when earnest constituents ask her questions directly, she has answered honestly every time. She has chosen not to answer threats coming from emails or posts.  It is very easy for people to hide behind their computer screens and fake profiles to boldly demand information. There is no reason to respond to their inquiries as she has answered all these questions on her campaign webpage.

Ada has not done anything illegal, immoral, or unethical. If community members do not like Ada’s message or her platform, they have the opportunity to make their voice known on May 18. They can even campaign loudly for her opponent, who voted three out of three times to keep schools closed. However, I find it unacceptable to continue the onslaught of racial and political smears.

What I find most disappointing is that many of the people commenting and slandering are people who claim to be open-minded and accepting of differences. How can people have “Hate Has No Home Here” signs in their yard while at the same time publicly defaming someone? As a lifelong Democrat, I am incredibly disappointed that many community members from the same party seem to be responsible for much of this hate campaign. The Democratic Party did not support opening schools, and now it appears that they are supporting dirty politics.

What is more interesting is that school board candidates all over the five-county region who support fully reopening and keeping schools open are being criticized and attacked. The reasons for the slander may be different, but the tactics are all the same. Therefore, the real question is, what do Democrats fear? Why does there seem to be an orchestrated effort to defame honest, decent candidates who want to keep our schools open and return our community to a state of normalcy?

It is time to end the West Chester Witch Trial and put our energies back into our schools and our children.

Beth Ann Rosica, Ph.D., a parent in the West Chester Area School District and an advocate for educationally disadvantaged students across the country, has a private consulting business in the Education and Human Services field.