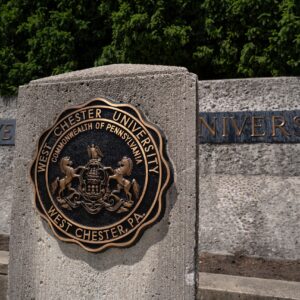 This year West Chester University celebrates an amazing 150 years of excellence as an institution of higher learning. As a proud WCU alumna, I invite the entire community to join me in congratulating this school for its 15 decades of performance. West Chester University has graduated thousands of teachers, music instructors, psychologists, and scientists, in addition to many other professions. The high quality of classes I took at WCU gave me a great start toward my doctorate, and for that, I am eternally grateful.

The West Chester Normal School admitted 160 students to its first class on September 25, 1871. It became a state school in 1913, the first-ever in Pennsylvania. Through several name changes, the school continued to grow, becoming the West Chester University that we know today. One of the many highlights we can be proud of is the fact that Frederick Douglass gave his final public lecture at the school less than 20 days before his death. The school honors this event with the Frederick Douglass Institute along with a statue of the great social reformer.

As an English literature major, I took several courses with Dr. Jim Trotman, founding Director of the Institute in African American Literature, and read most of Mr. Douglass’ writings. I also had the opportunity to attend the ceremony and presentation honoring Mr. Douglass. Dr. Trotman’s courses allowed me to analyze and refine my beliefs, and ultimately his instruction set me on a career path of advocacy for educationally disadvantaged and marginalized children and families.

As a Libertarian candidate, I view the success of WCU to be largely its adherence to fiscal responsibility as well as supporting individual initiatives. While WCU is by far the largest state school in Pennsylvania, it receives the smallest per-pupil subsidy from taxpayers. Unlike many other schools, WCU has managed to keep its debt low while maintaining very affordable student tuition. Low class sizes help maintain the high quality of education. West Chester University also makes excellent use of community talent by enjoying a high percentage of adjunct professors–25 percent of the teaching staff. This raises the quality of the education while keeping costs in check.

I recently spent time with WCU students talking about the school, their plans, and how they felt about the West Chester community. It is no secret students have become increasingly disaffected with politics. Many see little difference among the major parties, both on a national and local level. I hope that I will be joined by candidates from alternate parties and independents to help invigorate our communities with new ideas that will excite our students and increase their participation in local government.

The students and I also discussed the friction that exists between the local West Chester Borough community and student residents. Locals have complained about noise and cleanliness. The students I spoke to understand these concerns and are eager to be recognized as good partners in the community. The students also have concerns about how they have been treated by prior elected officials and many feel that their voices are not heard. I believe it is imperative that we work to bring our homeowners and college students together in a positive way.

WCU is the most important institution, both from a financial and cultural perspective, in the Borough of West Chester. It is my intention to work toward improving student-community relationships to benefit all of us, students and residents. When the University shut down in Spring 2020, it had a devastating impact on our students and our community. We must ensure that the University remains open to support our future leaders and to contribute positively to our local economy.

Pennsylvania has 14 state schools. WCU has the lowest student tuition yet was the only state school to make the Chronicle of Higher Educations’ list of 50 best public universities. This proves that fiscal responsibility does not preclude excellent performance. The low tuition also helps attract students from lower-income families. The growing costs of university attendance and mounting student debt have been a great concern to me and many parents.

WCU provided me with a strong foundation both academically and philosophically that prepared me for a career of service. I thank both the school and professors for my start in higher education, and I hope that Chester County and the residents of West Chester Borough will join me in celebrating an amazing 150 years. Here is hoping for a similar celebration to take place in 2171, when WCU celebrates its 300th year of academic excellence.