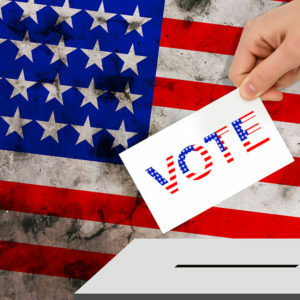 ROS-LEHTINEN: Why Americans Should Trust the Integrity of Our Elections

As state legislatures here in Florida and across the country reconvene, it’s evident that voters are polarized. Many Americans falsely believe the 2020 election was stolen, and some politicians are seizing upon Americans’ concerns about election security for their own personal gain. It is in our interest and our duty as Americans to put aside the partisan vitriol and understand that we have every reason to trust, and uphold, the integrity of our elections.

Ultimately, Americans should trust the integrity of our elections because they are safe, fair, and secure. More than that, our elections are one of the greatest expressions of our freedom as Americans.

I know firsthand that our elections work because these institutions make up the foundation of my American life. When Cuba was taken over by Fidel Castro and his communist regime, my family fled to America in search of freedom and the rule of law. In 1972, I was sworn in as a citizen in the old bandshell in downtown Miami, and as I took the oath of allegiance, I knew I wanted to be a part of the American dream and participate in the political process. I registered to vote and, as a teacher, enjoyed teaching students of all ages English, civics, and other subjects. I wanted everyone to see what I saw: That the promise of America was, and is, true and attainable, regardless of educational or socio-economic background.

In continuing my public service career in the Florida legislature, I ran for Congress in 1989 and was honored to become the first Hispanic woman elected to Congress. I wanted to help strengthen the traditions that enabled my American journey. In my almost 30 years serving in Congress, I had the privilege of being chair of the House Committee on Foreign Affairs where I worked to defend our national security and our way of life.

As a Member of Congress, I had many opportunities to meet with young activists and dissidents who were doing more than seeking freedom for their countries. They believed in the idea of America. I was constantly amazed by their admiration for the American way—especially for our free, fair, and open elections. Because while it may seem commonplace and ordinary to us, having free elections is a part of what makes America exceptional. It’s something we should never take for granted. These dissidents told me so, firsthand.

And there’s a reason our system is the envy of so many: It works. Our elections in Florida run smoothly and securely, as Governor Ron DeSantis has explained. Just last October, the governor dismissed calls for an audit of our election results because Florida’s standard election integrity safeguards held and the election succeeded “with flying colors.”

The integrity and uniqueness of American institutions are worth taking a step back and analyzing the claims made by election skeptics. Perhaps the results of the 2020 presidential election were not the result we wanted, but the truth is clear: President Joe Biden won. Even if we disagree with that outcome, it is our privilege and duty as patriotic Americans to accept the outcomes of free and fair elections and celebrate the peaceful transfer of power that is envied by many around the world.

All across the country, American officials are working hard to make sure voting access does not come at the expense of election integrity and that they are well-equipped to handle the challenges we’ll face in 2022 and beyond. It’s not just Florida doing this, either.

Utah, for instance, is controlled by Republicans from the governor’s mansion to both houses of the state legislature. Utah Republicans also created one of the most accessible election processes in the country, adopting a vote-by-mail system that reached 90 percent voter turnout in 2020. As one Republican elections official explained, “Utah really exemplifies the mantra of ‘Easy to Vote, Hard to Cheat’ with our elections.”

That’s part of why my family fled the brutal repression of the Castro regime, and that’s something I heard over and over again from dissidents fighting for freedom in their countries when I was a Member of Congress.

It’s time for Americans to unite and protect the integrity of our election system. We do that by continuing to create access to the polls while maintaining election security—and by respecting the outcomes of our elections.

Our democracy is unique and many around the world long for the freedoms and respect for the rule of law that we may take for granted. We should proudly defend and uphold our open, free, and fair election process.

Ileana Ros-Lehtinen is a Republican who represented South Florida in the U.S. House of Representatives from 1989 to 2019. She serves as Advisory Board Co-Chair of the Secure Elections Project. She wrote this for InsideSources.com.