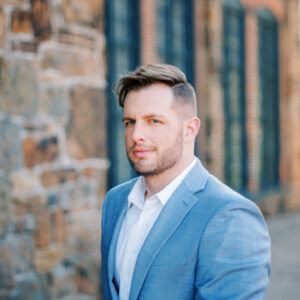 The youth will inherit the earth, and that comes with a lot of responsibility. When it comes to politics, Rick Loughery wants to focus on the voices of young voters and the future of the Republican party.

Loughery, 37, was born and raised in Chester County,  a predominantly Democratic area of Pennsylvania. Loughery attended West Chester University, where he received his bachelor’s degree in political science, a master’s degree, and a doctorate in public administration.

Loughery discussed his work with the Young Republicans and his hopes for the organization’s future with the Delaware Valley Journal.

“The Young Republican organization is the young professional auxiliary of the Republican Party for Republicans aged 18 to 40,” Loughery explained. “Our typical membership is between age 25 and 35, you know that young professional group that wants to be involved in politics. Our mission is to recruit, train, and elect the next generation of Republican leaders.”

As national chairman, Loughery gets to work with youth all over the nation. He’s the first YR chairman to assign specific goals to the mission statement and follow through with them.

“We have clubs across the country in counties and major cities that have social networking opportunities to engage and introduce young people to the Republican Party,” he said. “That includes candidates, elected officials, and party leaders. And then we take those folks and try to activate them and get them involved in the party, whether we train them to run for office or train them as grassroots activists or campaign support or maybe even working for an elected official. Then we take it a step further and help elect Republicans up and down the ballot by grassroots activism, door knocking, phone banking, registering voters, and that kind of thing.”

And in Chester County, 57.8 percent of residents voted Democrat in the last presidential election while only 40.7 percent voted Republican. The remaining 1.5 percent voted independent.

However, Loughery knows how to overcome difficult statistics. Last year, he suffered a significant health decline after a bout of stomach flu.

“I was down the Jersey Shore early June last year and I had a really bad stomach flu,” recalled Loughery. “So, we came home early because it didn’t subside. I went to the doctor, and then that Saturday I took myself to the ER. They thought it was a reaction to an antibiotic the doctor had prescribed, so they decided to keep me overnight. The next morning I woke up and I was paralyzed from the waist down.”

While his doctors initially believed it was just an infection, it turned out to be something much worse.

“They put me on steroids and essentially ended up diagnosing me with what’s called transverse myelitis,” Loughery explained. “And that’s where any typical virus or bacterial infection can cause your immune system to overreact. In my case, it overreacted and started attacking my spinal cord and then shut down my body from the waist down, basically.”

Loughery wasn’t supposed to walk again, but a little over a year later and he is.

“I’m about 80 percent recovered,” Loughery said. “They think within six months to a year, I’ll be fully recovered, 100 percent.”

That drive to overcome difficult odds makes Loughery a natural leader who was able to unanimously secure a second term as national chairman.

“That was very humbling,” Loughery said. “It shows that what we’re doing is working and people see the fruits of our labor and appreciate it. So, that’s a really great feeling.”

Taking on the role of national chairman for a youth organization is a difficult task, and the fact that it’s a Republican organization can make it even more challenging.

Across the country, more and more young people are getting involved or interested in political issues. According to a survey from The Hamilton College, 95 percent of those surveyed said issues were the deciding factor in how they vote, with education as their top concern (27.1 percent) and abortion issues their least (4.5 percent).

Older generations fear those young voters could bring significant changes to democracy, especially among those youth who hate the GOP.

“I’ve never been treated with any sort of hate or disdain,” Loughery explains. “I think that the difference between the boomers and the younger generations, the millennials, and the Gen-Zs, is that most of us can talk about our differences and still be friends at the end of the day.”

When asked for his thoughts on being a Republican living in a very Democratic area of Pennsylvania, Loughery feels confident Chester County will eventually shift back to red.