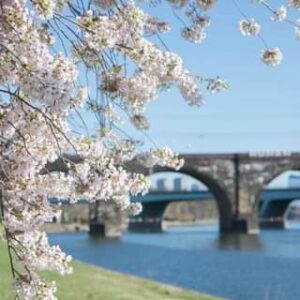 On Friday, Earth Day, Chester County officials plan to cut the ribbon on a new section of trail running along the Schuylkill River.

The public is invited to the event, hosted by the Chester County Commissioners and Chester County Parks and Preservation staff, which begins at 2 p.m. at 500 Fricks Lock Road in Pottstown.

This is part of Chester County’s final phase of trail development – a $6 million, four-mile paved extension that takes the Schuylkill River Trail from Linfield Road at Parker Ford to the new Route 422 Bridge crossing of the Schuylkill River at the Montgomery County border, officials said.  The four-mile extension will complete one of the priority “puzzle pieces”, helping fill a gap in the nearly 60 miles of trail connecting Reading to Philadelphia.

According to the Schuylkill Greenways group, there are about 75 miles of the trail, which starts in Philadelphia and will run to Schuylkill County, completed.