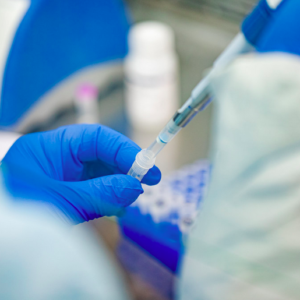 Posted to Education May 07, 2021 by Maria Marabito

Nationally, statewide and locally, COVID-19 vaccination rates have slowed but so have COVID-19 cases.

Starting the week of April 11th, which coincided with the pause on the Johnson & Johnson vaccine, the number of vaccine doses administered in Pennsylvania started to decline after hitting a peak in early April.

COVID-19 cases, hospitalizations, deaths and tests have decreased over the previous two weeks. However, statewide cases number more than 3,000. Berks County has experienced the highest rate of cases compared to the rest of the Delaware Valley in relation to its population, with an average of 169 new cases a day or 40 new infections for every 100,000 people.

“The average number of people being vaccinated over a moving 7-day period has dropped slightly over the past three weeks. For example, over the past week (May 3rd), an average of 88,000 people received vaccination shots, while the number from the previous week (April 26th) was 96,800, and the week prior (April 19th) to that was 97,100,” a spokesperson of Pennsylvania’s Department of Health told Delaware Valley Journal.

Despite declines in vaccination rates, and despite commenting in April that he planned to wait two weeks after 65 percent to 70 percent of the state’s population was vaccinated to allow time for herd immunity, Gov. Wolf announced on May 4th plans to lift statewide restrictions with the exception of mask mandates starting May 31st. The lifting of restrictions excludes Philadelphia for the time being.

“We have tied loosening and strengthening restrictions to the trend in new cases, not so much in terms of vaccinations,” James Garrow, director of communications at Philadelphia’s Department of Public Health, said. “We’ll review [the state’s recommendations] to see if it matches up with our understanding of what’s going on in terms of cases here in Philadelphia, and then make changes as a result of that.”

He described how infections can still increase despite vaccinations which is why loosening of restrictions cannot be tied to a specific vaccination goal, though the optimum target is getting as much of the population vaccinated as possible.

Garrow also advised against using the term “herd immunity,” calling it vague and not well understood. “We’re trying to shy away from that term, just because it is not instructive. It doesn’t teach people what it is that they need to do. A much better message for them is everybody should be vaccinated,” he stated.

The Philadelphia mega vaccine sites that FEMA operates at the Convention Center and Esperanza location are set to be mission complete and closed by May 25th. Observations from the Philadelphia DOH have shown that small community-based clinics and pharmacies have proven more effective in getting vaccines into the arms of those remaining unvaccinated in Philadelphia. The FEMA sites were always intended as temporary operations. Demographically, African American and Hispanic Philadelphia residents have been the least vaccinated groups, although outreach efforts and the Esperanza site have led to “a nice upswing in the percentage” of the Hispanic population that has been vaccinated over the last few weeks, according to Garrow.

Montgomery County announced May 4th that all its vaccination locations will now allow walk-ins for first doses of Pfizer or the Johnson & Johnson vaccine only. Commenting on the slower demand seen in the county recently, Kelly Cofrancisco, director of communications for the Montgomery County, said that if the decline continues, closing certain clinics will be the next step taken. However, she expects demand to increase in the coming weeks as 12 to 15-year-olds become eligible.

And as of May 7, Chester County will also offer walk-in vaccinations at the former Sears at the Exton Square Mall, the Longwood Gardens overflow parking area drive-thru clinic and at three senior centers.

About a week prior to April 11th, it became very hard to fill appointments in Philadelphia which prompted some clinics to offer a walk-in option, according to Garrow.

Philadelphia’s vaccination efforts recently gained widespread media attention for 4,000 vaccination doses that were at risk of expiring. Charles Elison, a FEMA spokesperson in Philadelphia, wanted to correct the narrative that the FEMA Convention Center vaccination site was responsible for the almost expired doses.

“No vaccines are stored here,” he said. “The city provides the allocation for this location based on its total allocation of vaccines the city delivers vaccines here periodically throughout the day. And there was zero waste, sanitary vaccinations that are due to vaccines expiring or any of the other mechanisms of vaccine waste.”

Garrow explained that they do not expect this incident to be repeated in the future. The 4,000 doses were distributed to various Philadelphia clinics although the FEMA Convention Center site received the largest amount since it is “the only site that can do that volume in that amount of that short amount of time.”

“We concentrated them all there and did a big push to have everybody come down. Those doses were not FEMA doses, those were Philadelphia doses that were concentrated there, because that was the best chance we had of being able to use them,” he said.

Throughout the state, vaccine waste has been kept to a minimum, according to the Pennsylvania DOH.

“Providers reported that out of the 8,468,033 doses administered through Friday, April 30 in Pennsylvania, only 0.15 percent of doses (13,062) had to be disposed of without being administered. The majority of discarded vaccine is related to vials broken in handling and syringe issues, such as bent or broken needles or clients refusing after the vaccine dose was drawn,” the spokesperson said.