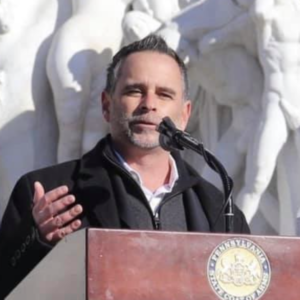 The Harvest restaurants, like most in the industry, have been floundering. Before the virus hit, Magrogan employed 800 staff members across eleven restaurants, including his restaurant in Delray Beach, Florida. Since then, he has had to cut staff by more than half to 300 employees across nine restaurants, while having to shutter his Radnor location for good in late August.

According to the latest economic impact study by the National Restaurant Association, 45 percent of Pennsylvania operators say it is unlikely their restaurant will still be in business six months from now without financial aid from the federal government.

Meanwhile, Magrogan has had to create an emergency fund for his Harvest employees and a GoFundMe campaign that distributes money to those having problems “covering rent, mortgages, and gifts for their kids,” he said. “We did a toy drive for the kids of our employees and collected a whole bunch of toys too, which was fantastic. We follow the guidelines and protect our employees with the data we have right now. We’ll do everything we can to fight for our industry and to do the right thing.

“I don’t know if we lose another store or two. If Governor Wolf shuts down Pennsylvania for three more months, we’d have to lose a store or two to survive,” the Chester Springs resident said. “I think people have a misconception that restaurants are crowded right now and dangerous spaces. What you need to worry about when you go to a restaurant is who you’re dining with, not the person sitting fifteen feet away from you. We’re still battling an image issue.”

Last week, Gov. Tom Wolf lifted a three-and-a-half-week ban on indoor dining, which also banned gyms and entertainment venues in an effort to mitigate the spread of the virus during the holidays. Restaurants can now resume indoor dining service at 50 percent capacity, but must cut off alcohol sales by 11 p.m.

Magrogan didn’t think the ban levied by the Wolf administration was adequately justified by science. “The state refuses to use New York’s contact tracing, Bucks County and Montgomery County contact tracing. Gov. Wolf keeps using an article from Stanford that was done when we were closed.”

Published in November, the Stanford and Northwestern Universities collaborative study used a computer model to predict infection spread this past spring based on where people go in the course of a day, how long they linger, and how many other people are visiting the same place at the same time.

But John Longstreet, president of the Pennsylvania Restaurant and Lodging Association, says those studies did not consider the various restaurant safety measures put into effect, such as face covering enforcement, social distancing, advanced air flow systems, and indoor versus outdoor dining.

The PRLA says data from a recent New York contact tracing study, which collected information on how new cases spread from September to November, is a more reliable arbiter for potential shutdowns due to the states’ similar demographics. The study shows bars and restaurants were responsible for only 1.4 percent of new cases, while private household gatherings were driving the majority of the spread at 74 percent.

On the heels of finding out about the shutdown, Magrogan joined several leaders in the hospitality sector to plead his case at a rally organized by the PRLA on the steps of the state capitol, where he decried the recent de facto shutdown and emphasized the necessity for additional federal assistance.

“What was sad was that Gov. Wolf did this mandate without any thought of economic help to restaurants,” he said. “To lay off 300,000 hospitality employees a few weeks before Christmas and not say, here’s the emergency unemployment number, we’ll get you unemployment tomorrow, next week you’ll get your first check. With him not doing that it’s just really insulting to working people in Pennsylvania.”

In response, Gov. Wolf announced the release of $145 million in funding two weeks ago to provide relief for small businesses negatively impacted by the pandemic. “We can, and we must, do more to support them, and I will continue to advocate for federal aid for businesses and workers in Pennsylvania,” Wolf said.

Longstreet said that while the funds “will not be enough to make up for lost revenue,” and won’t serve as a long-term solution for businesses on the brink of closing, the support is appreciated.