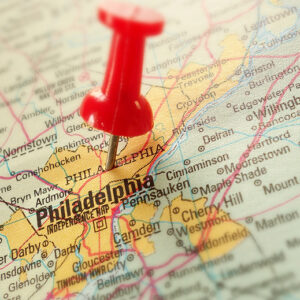 In a 4-3 vote, the Pennsylvania Supreme Court Wednesday released a decision to adopt a new 17-district Congressional map-dubbed the “Carter Map” developed by a special master and supported by Democrats.

Because so many people have left the state as determined by the 2020 Census, Pennsylvania lost one Congressional seat.

Pennsylvania Republicans, who control the legislature, are unhappy with the decision.

“This is not about where lines are drawn or where they could have been drawn. The court has now confirmed once and for all they do not abide by the state and federal constitutions,” said Speaker of the House Bryan Cutler (R-Lancaster) and House Majority Leader Kerry Benninghoff (R-Centre/Mifflin) in a statement.

“Only the map submitted by House and Senate Republicans followed all constitutional guidelines, went through a deliberative legislative process, and was endorsed by a judicial body.

“The process for creating district lines is clearly defined, and even if the governor refused to follow the process, it does not allow the courts to just pick and choose when or when not to follow the law. Sadly, candidates and voters must now submit to a unilateral court that sees itself above every person in our commonwealth.”

GOP strategist Charlie O’Neill said that, while the breakdown of the seats may appear relatively balanced, the partisan bias is clear. “The Congressional map approved by the PA Supreme Court once again shows the high court still puts its partisan leanings before objectivity in selecting a map proposed by Democrats. While Democrats will likely point out eight safe Republican seats, six Democrat seats, and three toss-ups from the map, two Republican districts have been drawn together. Democrats Susan Wild in the Lehigh Valley and Matt Cartwright in Northeast Pennsylvania will face tough races but still enjoy the power of incumbency.

“Scott Perry will once again be in a tight race as he was in 2018 and 2020. All Southeast Democrats will remain secure, with Brian Fitzpatrick still maintaining a mostly Bucks County seat.

“The 17th congressional district, being vacated by Conor Lamb, still looks like a Democrat hold, but with an open contest, it could be close. There are pick-up opportunities for both Republicans and Democrats in this map, so in addition to high profile governor and U.S. Senate maps, look for a wave of spending on close Congressional Districts as well.”

Charlotte Valyo, chair of the Chester County Democratic Committee, said, “The Carter Map approved by the Pennsylvania Supreme Court today upholds the district lines that will keep Chester County entirely within the 6th Congressional District. This is a victory for those who oppose the gerrymandering of districts in order to reduce the number of competitive districts or protect the candidates of one party over another.

“Chester County is fortunate to be represented by Congresswoman Chrissy Houlahan, who has served all the residents of Chester County regardless of party affiliation. We look forward to her re-election and her leadership in the years to come,” said Valyo.

Elizabeth Preate Havey, chair of the Montgomery County Republican Committee, said, “As expected, the deeply partisan Pennsylvania Supreme Court chose the Democrat –proposed map which got rid of a solidly Republican seat and made Democrat Conor Lamb’s seat easier for a Democrat to win. Despite the partisan choice, Republicans are prepared to fight hard to win this November!”

Lamb is making a bid for the U.S. Senate seat being vacated by Sen. Pat Toomey (R-Pa.).

“Today’s decision of the Pennsylvania Supreme Court to further alter the petition process by ordering congressional and statewide candidates to abruptly start their nomination petitions this Friday with less time to complete them (18 days rather than 21 days) is unfair and unjust,” said Jen “GV” Gilliland Vanasdale, attorney for Butler County state House map challengers and Republican candidate for lieutenant governor.

“At the same time, the court also suspended petitions for all state legislative candidates. This adds more confusion and benefits incumbent, establishment, big money or bought candidates over other candidates working for change. We have a corrupt, partisan state and it just got worse.”