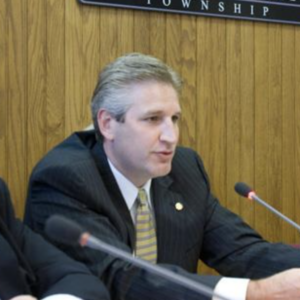 The hearing, “Respecting Confidentiality While Preserving Accountability and Protecting Our Students and Staff in Our Schools,” was hosted by Rep. Todd Stephens (R-Montgomery). Prior to serving as a state representative, Stephens was a child abuse prosecutor.

Stephens called the hearing in light of a recent lawsuit filed by a student in the North Penn School District, alleging that district staff hid initial allegations of a sexual assault on school property. The lawsuit also alleged the district failed to prevent sexual assaults by the same student, raising questions about accountability and transparency in the child protection system.

Stephens started the hearing by saying, “Our goal is to better understand what information is available to victims of crimes in schools and their families, to students and parents, and taxpayers, and how are our three primary components of our child protection system, our county offices of children and youth, law enforcement, and our schools, can share information and work together to protect our children.”

Brian Kent, a survivor of childhood sexual abuse and a former sex crimes prosecutor, attributed many of the issues to a lack of communication and sharing information. Kent added that trauma-informed training is needed for both teachers and administrators, so they have a better-shared understanding of what to look for in potential sexual abuse cases.

“Children who are abused need to feel safe and they need to be believed. Instead, time and again, we have seen people respond to abuse trying to find reasons it didn’t happen,” Kent said.

But at the end of the day, “the laws can be better,” Kent said. Some of the definitions, or lack thereof in state laws, lead to confusion. One example Kent noted was that child abuse is widely thought to be “adult on child” but it can also be “child on child” and the latter usually isn’t reported.

There is also an inability to share records and documentation easily between school districts, which means both teachers and students who have allegations or convictions can move to a new school without the new administration even knowing.

While there are exceptions that allow records for teachers to be shared, there are currently no exceptions in juvenile cases, meaning accommodations can’t be made for new students who may have been previous offenders.

“The issue of confidentiality in child welfare can be extremely confusing for many people,” said Brian Bornman, executive director of Pennsylvania Children and Youth Administrators. “Information sharing that many would consider common sense is often prohibited, including some that may make children safer in certain circumstances.”

Some sort of statewide system, that would allow school districts to share this information, would go a long way in preventing these abusers from offending again, Kent said. The Clery Act and Title XI could be backbones for a statewide act to protect students.

“Many of these cases aren’t brought to us until the end of the school year, and in many cases, the classification of these incidents by school officials caused great concern with us as law enforcement officials because in some cases, they are cases that should’ve been brought to law enforcement’s attention,” Montgomery Township Chief of Police Scott Bendig said.

Public schools are required to submit Safe Schools reports at the end of each school year. Whitemarsh Township Chief of Police Christopher Ward said when he was signing off reports some years ago, the reports were inaccurate. When he pressed school district officials about it they said, “If they were accurate it would reflect poorly on the school district.”

Ward continued that while the problem has since been resolved in his district, this is a problem across the board, which calls into question the accuracy of Safe Schools reports filed throughout the commonwealth.

Following the hearing, Rep. Stephens released a statement, saying, “The hearing made clear we need our schools, law enforcement agencies and county offices of children and youth to work together to better protect children.”