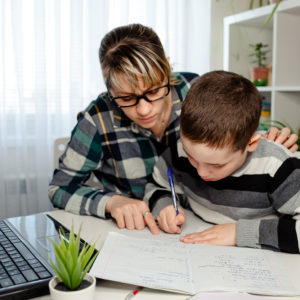 State Rep. Clint Owlett (R–Tioga) remains upbeat about a bill he is sponsoring that would provide educational assistance funds to low-income families to help them pay for tutors or other educational services during the pandemic — even though his bill was abruptly pulled from a committee’s agenda Thursday morning.

Owlett’s House Bill 2696 hopes to create “education savings accounts” to give funds directly to the families of students who are qualified for free or reduced lunch programs, but the account funds are earmarked specifically for educational purposes.

“It would give [those families] the ability to apply and use this money, $1,000 per student,” to be used on “things like curriculum or tutoring, or some sort of equipment. We also added counseling to it.” Owlett detailed the bill’s history during an interview on the Delaware Valley Journal podcast on Friday.

He proposes funding the idea with $500 million from the federal CARES Act rather than using the standard local sources like property taxes that already fund public education. In essence, his intention was not to reduce any of the funding streams public schools already rely on.

The bill, however, was met with fierce resistance, especially from unions and similar groups who tied it to President Trump’s Education Secretary Betsy DeVos.

“Lawmakers are preparing to join Betsy DeVos in attempting to exploit the COVID-19 crisis to advance their school privatization agenda,” Education Voters of Pennsylvania said in an email.

“They tend to find ways to kill or diminish or look for ways to stop any legislation that would be creative in how to help people,” Owlett said in response.

Even though the bill was originally slated for a committee hearing Thursday but was later pulled from the agenda, Owlett said the bill is very much alive and he hopes to renew his push for the bill soon.

Hear those details in this excerpted portion of the Delaware Valley Journal podcast.