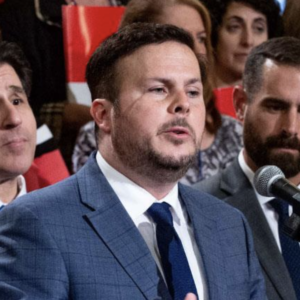 The campaign finances of Democrat state Rep. Kevin Boyle (Montgomery/Philadelphia) are under scrutiny as a Delaware Valley Journal analysis shows nearly all of his $198,000 funds raised since 2018 have come from political committees — and the largest single source is a PAC associated with his brother, U.S. Rep. Brendan Boyle of Pennsylvania’s Second Congressional District in Philadelphia.

And since 2018, Kevin Boyle has used more than half of the donations to pay for lawyers to defend him in a defamation lawsuit brought by a Democratic colleague in the state Senate.

According to campaign finance records, Boyle has raised about $198,000 since 2018. The records also indicate he has shelled out $110,000 for his legal defense after Democrat State Sen. John Sabatina Jr., of Philadelphia sued Boyle in 2018 for defamation. Most of that money went to the law firm Blank Rome, LLP, while less than 10 percent went to attorney R. Emmett Madden.

“At issue are text messages [Kevin] Boyle allegedly sent in April to the son of an influential labor leader, in which he speculated that Sabatina had raped a woman in 2006,” the Philadelphia Inquirer reported in December of 2018. “The suit also cites a conversation Boyle allegedly had at Chickie’s & Pete’s in Northeast Philly about the same topic.”

Boyle, who represents Pennsylvania House District 172, says using the campaign donations to pay for his legal defense is perfectly legal.

“I’ve been instructed of this as being a permissible usage of campaign funds from legal counsel,” Boyle told Delaware Valley Journal by text. “Lawsuits stemming from a political campaign or prospective political campaign are most certainly political. Other elected officials have used campaign expenses in this way for legal proceedings,” he said.

Boyle’s legal defense has essentially been underwritten by PAC money because his campaign has had so few individual donors in the last three years. And the largest single source of that PAC money has come from Boyle’s brother in Congress, Brendan.

“Overall I raised nearly $1 million in the [2015/2016] cycle. After running two very competitive and expensive campaigns in both the primary and general election in 2016 the issue of donor fatigue sets in particularly if you are running unopposed as I was in the 2018 cycle.  My next campaign finance report which i will file this month will show many more individual donors.”

It is the 2015-2016 cycle where much of the bad blood between Sabatina and Boyle fermented.

Boyle gave Sabatina an intra-party challenge to the Democrat nomination for SD-5, with Sabatina eking out a 51-49 win with a margin of less than 700 votes, according to Ballotpedia.

Much of the initial analysis of the campaign finance research was performed by David Lynn, a Philadelphia resident who describes himself as an “occasional political analyst.” Lynn posted a summary of his research on Facebook.

Requests for comment to Rep. Brendan Boyle’s congressional office and campaign office were not returned.

In the “cycle 7” end-of-year filing, Boyle and his campaign appear to have incorrectly listed again all donations from the whole year when the report was instead supposed to account only for activity after November 27, 2018.