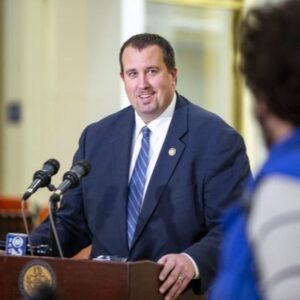 A Third Circuit Court of Appeals ruling against the signature requirement of Act 77 –the 2019 law that gave Pennsylvania no excuse, mail-in ballots– may have triggered a “non-severability clause” in that law invalidating it.

That is state Rep. Seth Grove’s premise in a July 12 letter he wrote to Acting Pennsylvania Secretary of State Leigh Chapman. Grove (R-York), chair of the House Governmental Affairs Committee overseeing elections, noted that if any section of Act 77 is ruled invalid, the remainder of the law is also invalid.

“Non-severability clauses are an important tool of the General Assembly in ensuring the legislation it enacts will be applied in a way consistent with the legislature’s intent when considering and approving the legislation,” Grove wrote. The section shows “it does not intend for the individual provisions of the law to stand on their own.”

Chapman did not respond to Grove’s letter, nor did her spokesperson respond to the Delaware Valley Journal’s request for comment.

During a Tuesday press conference, Grove noted problems with how Pennsylvania’s elections have been conducted in the past two years. Grove has released reports on the general elections of 2020 and 2021 and most recently the 2022 primary entitled “Missed Opportunities and Continued Chaos.”

“On June 30, 2021, Gov. Wolf vetoed HB 1300 without reading it or understanding the provisions contained in it. Further, his administration had refused to even discuss election changes,” Grove said, noting that a bipartisan bill would have gone a long way toward improving Pennsylvania’s elections. A new version of that law remains pending in the legislature.

“To date, our elections have been anything but smooth,” Grove said. “This report highlights repeated election failures, which have been categorized as ‘smooth elections’ by Wolf administration secretaries of state.”

“Ask Election directors if our undated ballot soap opera created ‘smooth elections’ or the reality the last court ruling by the Third Circuit Court invoked the non-severability clause of Act 7,7 making those provisions void. Ask voters if they have ‘smooth elections’ when we had to threaten two different county Boards of Election with impeachment because they voted to violate the election laws,” Grove said.