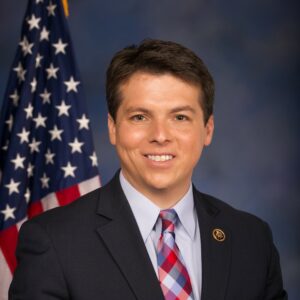 U.S. Rep. Brendan Boyle spent $6,576 from his campaign account at Disney World in the first quarter of 2022, according to recently filed campaign finance records.

Whether the spending would be permissible under federal law depends on the nature of the activities. Boyle (D) and his campaign did not respond to a request for comment seeking such information.

Boyle’s FEC filings also do not shed much light on whether he held any kind of fundraiser in the Sunshine State.

The filings show his campaign committee, Citizens for Boyle, only took in about a dozen contributions from Florida citizens or Florida-based entities over the same filing period. The dates on many of those contributions also do not directly correspond to the dates of the payments to Disney World.

At the time of the first expense listed on Valentine’s Day, Boyle was still facing a primary election that could have included a challenge from State Senator Sharif Street. Street removed himself from consideration just days later on Feb. 24.

Two other challengers were in the race against Boyle at that time, according to the Philadelphia City Commissioners website, although neither remains on the ballot. It is not exactly clear when those candidates become no longer active.

Boyle represents Pennsylvania’s 2nd Congressional District, one of the safest congressional districts in the commonwealth having a voter registration advantage of roughly 227,000 in favor of the Democrats.

It’s not completely unusual for candidates to legally purchase hotel stays at Disney locations or at other luxury lodging.

For example, Boyle’s fellow Democrat, Eric Swalwell, spent about $1,800 on Disney hotels in October. However, those stays were in Swalwell’s home state of California.

California Democrat Lou Correa has spent more than $21,000 for staff retreats to Disneyland in California in the last quarter of 2021, according to his FEC filings.

Broad + Liberty asked the Boyle campaign how many people lodging was provided for, and if family were in attendance. Broad + Liberty also asked about the nightly rate of the rooms, given that the Disney brand offers a wide variety of lodging, from standard hotel rooms to luxury resort suites that cost $800 or more a night. The campaign did not respond.

While the exact purpose and nature of Boyle’s Disney World expenses remain unclear, it’s almost all-too easy to find someone on Capitol Hill who is alleged to have spent campaign funds in some forbidden manner.

Right now, freshman Rep. Ronny Jackson, a Texas Republican, is accused of having used campaign funds to pay for dues for membership to a social club. A Jackson spokesperson said the expenses were “strictly associated with campaign and fundraising events.”

More famously, former Rep. Duncan Hunter (R) and his wife pleaded guilty to conspiring to steal more than $150,000 in campaign funds by spending the money on personal expenses over many years.

A campaign finance watchdog said, ideally, citizens should scrutinize a candidate’s fundraising and spending before cutting a check.

“Robert Maguire, research director at the watchdog group Citizens for Responsibility and Ethics in Washington, said that while it is important for people to be able to take part in the political process and support the candidate or party of their choice, the Hunter case should be a cautionary tale,” a report from CNBC noted.

“But just because the payments might technically be legal does not mean you should not scrutinize them,” the CNBC report added.

“Ask questions about it,” Maguire told CNBC. “You can also flag them for your local reporter in the candidate’s district, and just say, ‘Hey, I don’t know much about this. This looks strange.’ And that can help you get to the bottom of it.”