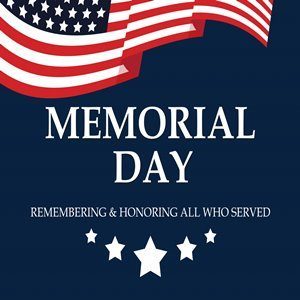 Memorial Day takes place on May 25 this year. Observed annually on the last Monday in May, the day is set aside to honor the men and women who have died in service to our country. While Memorial Day didn’t become an official national holiday until 1971, its origins begin with the Civil War.

The quiz below, from the Ashbrook Center at Ashland University, provides an opportunity for you to test your knowledge of the history of and customs associated with Memorial Day.

1. What was Memorial Day initially called?

2. In 1868, which former Union general issued an order that called for a national day of remembrance for those who died in the Civil War?

3. Historic documents point to an earlier day of remembrance, in 1865, when freed slaves, U.S. Colored Troops and local citizens organized a ceremony to honor Union troops who died near what city?

4. Other cities also claim to be the birthplace of Memorial Day. In 1966, Congress declared which city as the official birthplace?

5. Which of the following Memorial Day activities have been codified into law?

A.  Issuance of an annual presidential proclamation

B. National Moment of Remembrance

C. Flying flags at federal government buildings at half-staff from dawn until 12 p.m.

D. All of the Above

6. The poppy is a Memorial Day and Veterans Day symbol of remembrance and is often worn on one’s clothing.  Which of the following humanitarians is referred to as “The Poppy Lady” for her role in creating the tradition?

7. Memorial Day was celebrated on May 30 until this year, when the federal government designated that the holiday must be held on the third Monday in May?

8. Which well-known national monument was dedicated on Memorial Day in 1922?

9. Which U.S. senator and veteran campaigned for 25 years, until his death in 2012, to have Memorial Day changed back to its original date of May 30?

A. John McCain of Arizona

B. Daniel Inouye of Hawaii

10. Between 1988 and 2019, a veterans group staged a Memorial Day motorcycle rally in the nation’s capital to draw attention to Vietnam-era service personnel missing in action or prisoners of war. What was the name of the group?

Jason W. Stevens is director of teacher programs at the Ashbrook Center at Ashland University, Ashland, Ohio, and editor of Ashbrook’s “Causes of the Civil War: Core Documents.” He wrote this for InsideSources.com.