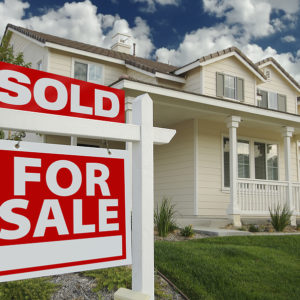 From coast to coast, people are fleeing America’s cities for the suburbs, and now that trend is beginning to show itself in the Delaware Valley.

Homebuyers fleeing downtown areas like New York City and Philadelphia are creating so much demand for local suburban and rural homes that bidding wars are breaking out in what has become a true sellers maker, real estate agents tell Delaware Valley Journal.

“We are definitely seeing a population coming from the cities, whether it’s New York or Philadelphia,” said Sarah Peters with Keller Williams Real Estate. “We are also seeing a lot of people from more populated areas in New Jersey. Taxes are fairly high in New York and New Jersey, so that may play a role in it, but they are definitely coming to the Pennsylvania suburbs — Bucks County and Montgomery County, I’m seeing a huge shift.”

According to data from Redfin, New York and Philadelphia are both in the top four cities residents want to move away from.

What’s the motive behind the exodus? Multiple surveys have found that between 25 and 30 percent of urban residents want to leave due to fears of COVID-19. Crime is also mentioned as a motive to move away.

“Mostly everything is going over asking [price],” Hatab told Delaware Valley Journal. “It’s a real transition. It’s a shift, a dynamic we’ve never seen before in real estate. It’s exciting and scary at the same time.”

Hatab was describing an outpouring of city dwellers from New York City into New Jersey for recent sales he’s had in counties like Mercer and Monmouth counties.

But whether it is suburban New Jersey or suburban Philadelphia, both Hatab and Peters agreed that some of their recent sales had been attention grabbing.

“I put a house on the market a few weeks ago, we had 65 showings in 3 days, we had to cut off the showings,” Hatab said. “We had 25 offers, probably the majority of them all over asking. We didn’t even take the highest one, we just took the highest cash.”

“The last four listings that I’ve had over the last few months have all gotten more showings than expected — 40-plus showings on the properties — with multiple offers,” Peters said. “One listing had nine offers, another listing had 22 offers.”

Peters says the market is so hot for sellers that buyers are waiving inspections and other rights to make the sale more attractive and quick.

The trend is still in its formative stages, so the data behind the shift is still developing, too.

But Peters shared numbers she pulled from the Multiple Listing Service website that is a database of home listings for cooperating brokers. The service is so widely used, its data is a highly reliable barometer, even if somewhat inexact.

In August of 2020 in the four-county Delaware Valley, the average number of days on the market (DOM) for residential properties was only 29 days. By comparison, the lowest DOM figure for January through August of 2019 was 41.

Cumulative days on the market, which measures houses that may have temporarily come off the market then went back on, was an average of 36 days in August 2020 — 11 days shorter than the same month in 2019.

At the same time, the number of listings in Philadelphia for July and August has shot up compared to 2019. Hatab told Delaware Valley Journal that his listings in urban areas were becoming more difficult to sell, saying it felt like that market had “bottomed out.”

The one other factor complicating those comparisons, however, is the fact that some demand had become pent up while there were no showings during part of the Pennsylvania lockdown.

“I think buyers’ trends have changed just slightly, but some buyers are definitely interested in a larger property,” Peters said. “With public pools and different community pools closing this summer or mandating reservations, a number of people have talked about either installing a pool in their own home, or sometimes it’s actually less expensive just to purchase a new home that has an existing pool.

“So, pools are in high demand, but I would also say a combination of office space and also classroom space for all of these children who are learning virtually, it has become another item on the wish list,” she said