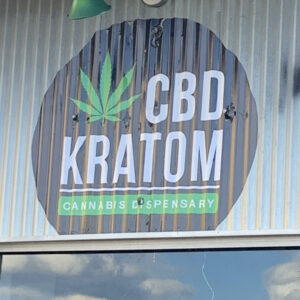 Radnor Residents Weigh In on Kratom at Town Hall

Is Kratom a dangerous gateway drug that may lead to addiction? Or a helpful, natural substance that can aid those suffering from chronic pain?

Residents sounded off at a March 3 town hall sponsored by the nonpartisan Radnor Advancement Group. The group brought together experts to talk about the issue after a store selling kratom opened without township permission then quickly closed at the site of a former Starbucks on Lancaster Avenue.

State Rep. Tracy Pennycuick  (R-Harleysville) promised residents to promote legislation to regulate kratom.  Her Kratom Consumer Protection Act would ban anyone under the age of 21 from purchasing any products that contain kratom while leaving it available to adults in need.

The evening opened with an excerpt from a documentary produced by Main Line TV filmmakers Jill Frechie and John Ricciutti entitled “Kensington in Crisis.” The presentation suggested that by allowing kratom into the community, doors would open for heroin addiction to flourish.

“Kensington— is thirteen miles that way. That’s not our town… could never be our town…,” said  Father Joseph Smith of the neighboring Saint Mary’s Church. Smith described his own brother’s struggles with addiction. “There was a time where communities seemed to have values… There was a time when anything didn’t go— standards of decency were naturally adhered to… there better be consequences [for CBD Kratom].”

Other speakers included Dr. Wade Berrettini, a professor of psychiatry at University of Pennsylvania’s Perlman School of Medicine, specializing in medical treatment of addictions; Dr. Asare Christian, MD, a graduate of  Harvard Medical School, who specializes in chronic pain management and medical cannabis titration; Samuel B. Dordick, a personal injury attorney who successfully tried a wrongful death case involving kratom;  Pennycuick, who is also a United States Army combat veteran as well as a legislator;  and Leslie Holt, founder, and CEO of A Child’s Light, a Pennsylvania nonprofit corporation that provides funding for Chester County children in need of mental health treatment.

A couple of residents shouted that kratom should be banned entirely within the state for children and adults alike. “There are thousands of children and young adults who’ve already died!” exclaimed another concerned resident.

However, the mortality rates from kratom consumption remain low compared to several more widely accepted substances. According to the CDC, between 2016 and 2017, of the 91 deaths associated with kratom, all but seven victims had other drugs in their system.  In contrast, a 2019 CDC study found that, on average, 38 people died every single day died from prescription opioids. In the first half of 2021 alone, the CDC stated that 53,000 people had died from drug overdoses.

“I can see the danger in having this near our schools and churches, but the substance itself isn’t that dangerous… even caffeine kills more people. I just don’t think we should try to keep our kids sheltered from every single risk they come across in life. I know we all wanted that ice skating ban lifted,” said one resident when asked for comment.

Another resident said, “[In small doses kratom] is going to serve you like speed, like coke, like crack, and [in large doses] it’s going to serve as a depressant, like an opiate. So you have… a drug that’s not regulated, that’s serving two forms of a high. That is very dangerous to our community.” She added that while she couldn’t speak to any potential benefits the substance may offer to future addicts in recovery, its unregulated nature poses an apparent danger to the communities it enters.

Two other residents displayed two different THC and kratom products they’d easily purchased from nearby stores. One pointed out the colorful cereal-box mascots on the packaging, an apparent attempt to appeal to younger audiences. The second resident pointed out that nowhere on the kratom package he’d purchased was there an indication regarding dosage. “If you open this… what you see is a powder. How much of this powder are you supposed to use? Is it a pinch… is it a teaspoon full? No dosing recommendations,” he said.

“Cigarettes aren’t banned… if you’re an adult you can go to war and shoot a gun…” said one person.

“I’ve been consuming Kratom for seven years. I’m a United States Navy veteran, and I got addicted to opioids. Seven years ago, before I started kratom, I was one of the people on the streets in Kensington,” explained another person. While he did support a greater degree of regulation,  kratom had proven enormously helpful in his community. “Not all of us are addicts. There’s a lot of older people who have chronic pain… fibromyalgia, cancer— people are dying of cancer, and the pain meds aren’t helping them, but the kratom is… so for some of us, it’s very important and it is helping.”

Debates held over personal freedom and public safety are rarely simple. While the evening’s speakers were united in the call for kratom’s regulation, proponents of the substance argue that while the opioid crisis rages, every conceivable avenue for mitigation demands consideration.