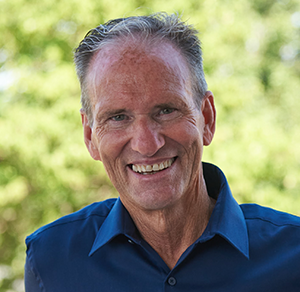 State Sen. John Kane (D-Chester) is a plumber and local labor leader who was first elected to the legislature in 2020, narrowly defeating incumbent Republican Tom Killian. It was an impressive victory on a night when Pennsylvania Democrats down ballot underperformed while Joe Biden was winning the state.

Kane’s biography is significantly different from his mostly white-collar Democratic colleagues in the Delaware Valley delegation. He works as the business manager for Plumbers Local 690.

Q: You are a blue-collar Democrat and you also represent white-collar Democrats in the Delaware Valley. How are you balancing constituents most concerned about the climate and energy workers who want to protect the environment while still having a job in industries responsible for a lot of today’s emissions?

A: We’re facing a climate crisis and we need to dramatically increase our reliance on renewable energy, soon. I’ve supported legislation to raise the Alternative Energy Portfolio Standard and increase renewable energy production and usage in Pennsylvania. But we also need to make sure this transition isn’t leaving our working families behind. I’m working to make sure there are plans in place to support our union workers – to make sure union construction crews are the ones expanding renewable energy infrastructure, and responsible contractors are hired for new projects, for example – and that we aren’t hurting our workers in this process.

Q: How do you like the state Senate so far?

A: It’s definitely been an adjustment. I’m used to working on the other side and pushing politicians to make meaningful change. So it’s been strange being on the other side of that. And I take the responsibility of this position very seriously, because I fundamentally believe it’s my job to leave things better than I found them and to do whatever I can to serve the people of Pennsylvania. I’m inspired by getting to do this work.

Q: What got you interested in serving in politics?

A: I’ve been involved in politics from the other side, as a union business manager, for a long time. And I spent a lot of time meeting with politicians who weren’t like me. I know what it’s like to work a minimum wage job. I know what it’s like to wait in line for your unemployment checks and worry that you won’t be able to put food on the table for your family. I ran for office to give a voice to working people, people without college degrees, people who hadn’t seen themselves in office before.

Q: Which person or people do you credit for helping you get to where you are today?

A: In 1983, I was on a job site, and a fellow plumber knew I was struggling with addiction. He reached out to me – he pulled me aside, he told me he knew I was struggling and he encouraged me to get help. If he hadn’t had that conversation with me, I wouldn’t be here today. That’s one of the moments that I can point to and say, ‘This person made a difference, this person changed the course of my life.’ Now I’ve been sober for over four decades, and I’m working on policy to make sure every Pennsylvanian knows that help is out there and has access to the same kind of support I did.

A: Our country has had rampant inequalities since its founding, and those inequalities are still present. I think often what people associate with moving too far left is just raising up some of those issues, and shedding light on some of the things that folks haven’t thought about before, like the systems that have hurt women, people of color, working people, people in prison.

Q: What are some issues you are focused on today?

A: Obviously, my number one priority is supporting workers – strengthening protections for our unions, raising the minimum wage, preventing worker exploitation. Mental health is also a huge priority for me, and I’m working on some pieces of legislation that I think can get bipartisan support to really make a difference for Pennsylvanians. I’m also very concerned with expanding access to affordable healthcare, and making sure that healthcare actually covers all the treatment that folks need, including things like mental health treatment and addiction treatment.

Q:  Any conversations with Republicans about cooperating on legislation?

A: Absolutely. I’ve introduced bipartisan resolutions with several of my colleagues, and we just had a bipartisan bill to expand access to 5G pass the Senate almost unanimously. There’s a lot of good, bipartisan work we can do to make real change for Pennsylvanians, and I’m excited to be working on some of those projects.

Q: What is your message to Republicans living in your district?

A: I wasn’t elected to serve a political party – I was elected to serve the people of the 9th District. And regardless of party affiliation, I work for you and I want to hear from you. We might not agree on every issue, but I promise I will hear you out and I will always be transparent with you about where I stand.