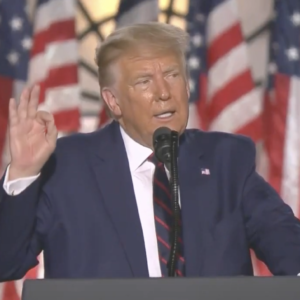 POLLSTER: Silent Trump Voters Are Real, But Are There Enough to Win PA?

A prominent Pennsylvania pollster says he’s aware of the “Silent Trumper” theory—the notion that many Trump supporters are reluctant to reveal their true feelings, particularly to pollsters. But he doubts the group is large enough to significantly sway the current polls, or the poll that concludes on Election Day.

“The reality is, as much as it is an appealing theory and one that you could understand and maybe there are some people who are reticent, that number [of people] is not that big,” said Christopher Borick, professor of political science at Muhlenberg College and director of the college’s institute of public opinion, which does political polling.

President Trump has promoted the idea often, with tweets like this one from June in which he said, “THE SILENT MAJORITY IS STRONGER THAN EVER!!!”

Borick argues the polls across the country were largely accurate in 2016 but could never have been so precise as to pinpoint the 77,000 voters across three states—including about 44,000 in Pennsylvania—that would ultimately tilt the Electoral College to Donald Trump.

“That [difference in the polling versus outcome] seems largely the product of not weighting educational attainment in that race as one of the weight variables, that there really were some changes in educational impacts—college educated voters versus non-college educated—in turnout.

“And if you made those adjustments, if you went back and adjusted for those, you would see that the polls would be pretty accurate, very accurate. And so, if those changes matter…it really undermines the idea that a lot of people weren’t telling us in 2016 who they wanted to vote for.”

Borick comments came during an episode of the Delaware Valley Journal podcast. His insights highlight the “art” side of polling as opposed to the science. Pollsters use turnout data from previous elections and other inputs to estimate and weigh which portions of the population will actually vote on Election Day.

For example, suppose you poll 500 people in a state evenly split between Republicans and Democrats. If the poll talks to 250 Democrats and 250 Republicans, and all of them say they will vote for their party’s nominee, the poll would predict a 50-50 tie. But if Democrats are more motivated, and more Democrats actually vote, the results would obviously show a Democratic win, even though the poll correctly gauged the opinion of the 500 people surveyed.

Polls must not only correctly count public opinion, they must also estimate which groups of people are most likely to actually cast a ballot.

The “Silent Trumpers” theory, which some are calling SMAGA, has appeal to both sides of the political aisle.

Republicans, including President Trump, embrace the theory arguing that the president’s deficit to Biden in current polling doesn’t matter much because the SMAGA contingent is underrepresented.

Democrats, on the other hand, are using the theory to motivate their base, cautioning them against complacency.

“Michael Slepian, a Columbia University professor who has studied ‘hidden’ Trump voters, said many kept their preference secret in 2016 to avoid ‘reputational damage’ or heated arguments,”The Washington Post reported in July. “Since Trump is now the president, it may be ‘less risque’ for his supporters to publicly declare their allegiance, he said.”

Borick also said 2020 polls are showing fewer undecideds. That group broke heavily for Trump in 2016 in the last days of the campaign, including in Pennsylvania.

The most recent survey from Muhlenberg was performed in conjunction with The Morning Call and showed Biden with a +4 advantage. The polling was done in the week prior to the Democratic National Convention.

The Pennsylvania polling average from RealClearPolitics shows Biden with a four-point lead also. That average includes six different polls all conducted in August, and in which all but one showed Biden leading Trump. A poll from Rasmussen Reports showed a tie.