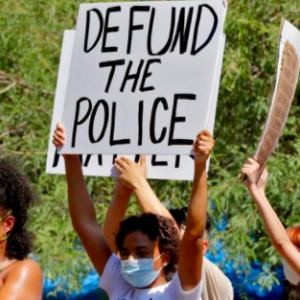 Point: We Should Reform, Not Defund, Necessary Institutions

Sir Isaac Newton’s Third Law of Motion states that for every action, there is an equal and opposite reaction. While Newton was describing this phenomenon in relation to physics, the basic principle also applies to society in general.

For instance, after the death of George Floyd in 2020, many municipalities in the United States took action to “defund the police” to some degree or another. Of course, this action produced an equal and opposite reaction: crime spiked as criminals became emboldened due to a reduced police presence.

Since the summer of 2020, the “defund movement” has expanded, with some calling for the defunding of ICE, the IRS and even the FBI. Although I am somewhat sympathetic to calls for defunding the IRS, I’m also well aware that if the IRS were to be “defunded,” the U.S. economy would likely collapse.

In other words, the police, ICE, FBI and IRS are vital institutions that must exist for society to function and thrive. Without these institutions, anarchy and chaos would likely ensue.

However, that does not mean that these institutions should be free from scrutiny and that their often-bloated budgets should constantly increase. Much has been made in recent years regarding these institutions’ malfeasance. But, the message that the solution is to “defund” these and several other institutions is a harebrained idea that would do much more harm than good.

On the other hand, many valid arguments can be made from all sides of the political spectrum that many of these institutions are in dire need of reform. For example, in 2022, the IRS budget totaled $13.2 billion, more than a 10 percent increase over the previous year. Yet, the performance of the IRS over the past year has been downright abysmal.

Consider: During the 2022 tax season, the IRS answered just 10 percent of taxpayer calls. The IRS also has a huge problem processing tax returns on time. As CNBC recently reported, “As of June 10, there were 11 million pending individual returns, including filings received before 2022 and new 2021 returns, according to the IRS.”

Essentially, the IRS is woefully unable to do its job. But, defunding the IRS is not the solution. Neither is throwing billions of dollars in new funding into the agency, as the Biden administration and congressional Democrats recently did.

A much better approach would be a comprehensive review of the agency, performed by a bipartisan commission, to make the agency more efficient, customer-service oriented, technologically up to date, and so on.

A similar strategy could be applied to all institutions that have become sclerotic and cannot serve their purpose.

Yet, many on the left and right are calling for the “defunding” of institutions not only because they are clumsy and inefficient. A large portion of people rally around the “defund” movement for purely ideological reasons. When addressing their concerns (or lack thereof in some cases), we must be diligent in defending these institutions if and only if they serve a vital societal function.

Such is why calls to defund the police have been at the forefront of the defund movement debate. It is absurd to think that a town, city, state or any jurisdiction could function without a proper law enforcement presence. One of the primary roles of government is to protect the public by ensuring that law and order are maintained.

Another method we ought to consider in the effort to reform institutions that have strayed from their mission or have become unaccountable is to insist on making them as localized as possible. The more an institution is removed geographically from the people it is supposed to serve, the less likely it will be responsive to those people.

Finally, it is imperative that these institutions, especially those funded with taxpayer money, remember that their principal duty is to serve the American people fairly and forthrightly. We the People are the ones funding their salaries, pensions, offices, etc. Therefore, it is incumbent upon the leaders of these institutions to ensure that our interests are being rightfully served.

Instead of calling for the widespread “defunding” of whatever we don’t like, which is an intellectually lazy approach, it would behoove us all to call for a systemic reformation of any rogue institutions that are central to a well-governed society.