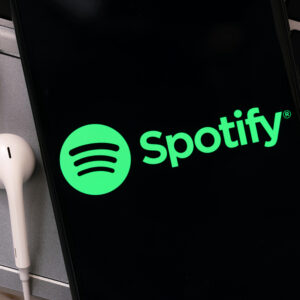 POINT: Mad About Joe Rogan? Be Madder at Streaming Monopolies

The recent controversy about Spotify with Joe Rogan and Neil Young is only partly about disinformation and offensive content. It also illustrates how streaming monopolies are using market power to lock in consumers and artists by making it difficult to leave their platforms. And it shows the inherent problems that arise when distributors own and control exclusive content.

Let’s address the distribution issue first. Podcasts have long been essentially an open format. Anyone can create them, and anyone can distribute them. For as long as they’ve been around, people have been able to listen to pretty much any podcast through Apple, Spotify or any number of podcast apps.

Spotify challenged this open standard by bringing in Joe Rogan as exclusive content to attract more subscribers and lock in existing ones. The problem is that Joe Rogan’s show is no longer a generally available podcast. It’s now a Spotify-only streaming talk show.

In other words, Spotify removed Rogan’s show from an open and democratized way of sharing ideas and viewpoints, and restricted access to only Spotify customers. The issue is not whether users have to pay; it’s that the show is only available from a single, dominant corporate distributor.

It’s an expansion of the already problematic model for video streaming, where content is now owned by distributors exclusively and in perpetuity — the way Netflix owns “House of Cards” and Disney+ owns the “Star Wars” and Marvel movies. And the long-term consequences of this are not great for podcasts.

If Joe Rogan’s show was still an open format podcast, Neil Young wouldn’t have anything to complain about to Spotify, because the streaming service would just be a pass-through for a podcast available anywhere. That Joe Rogan’s show is exclusive content is why Spotify has suddenly found itself in the uncomfortable position of having to navigate ultimatums about removing music from its service.

The problem boils down to market power. Neil Young, Joni Mitchell, Nils Young, India.Arie, and Crosby, Stills and Nash are among the rare artists who have the fame, financial success, and freedom to say they do not need to be on Spotify. But most artists don’t have this luxury. They are totally dependent on Spotify and a few other platforms to reach listeners.

On the other end is users. It’s understandable why people don’t want to pay those who spread deadly misinformation. Users, arguably more easily than artists, can walk away from Spotify to another service in protest.

But walking away means users lose their favorite songs, artists, albums and playlists, as well as any other customizations they’ve created. While user data can be downloaded into a spreadsheet, it’s still quite difficult to export one’s music collection and listening preferences to another service. Good luck figuring out how to play Rihanna in Microsoft Excel!

In this way, Spotify has users locked-in just like artists. For both, streaming services are designed to be anticompetitive — making it that much harder for new competitors to emerge.

User data on platforms like Spotify should be portable to other services. Exclusively produced content should not be owned and controlled by a single streaming platform with gatekeeping power — whether it’s Spotify, Netflix, Disney+ or any of the rest.

Competition for subscribers should be around the user experience. If Spotify provides users with an interface they enjoy, sound quality and audio enhancements they like, suggested content they find relevant, and a price they find acceptable, then people will choose Spotify. Those are the terms on which streaming services should compete.

Locking in users by making it difficult, cumbersome or painful to leave and locking in content that is not available elsewhere are both exactly the wrong way to compete. This can and should be prohibited by law.

Legislation that would establish data portability and interoperability requirements has been introduced in Congress and could be made applicable to platforms like Spotify to make it easier for users to pick the service of their choice without giving up their data.

If users were easily able to walk away from Spotify, they could join Neil Young in opposition to Joe Rogan. If Joe Rogan was just another open format podcast, Spotify would not be the target of outrage over his content. And if both were true, consumers, artists and podcast creators all would be better off.

Alex Harman is the competition policy advocate for Public Citizen. He wrote this for InsideSources.com.