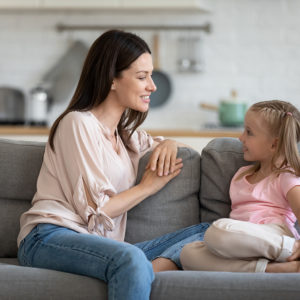 Editor’s Note: For another viewpoint, see Counterpoint: Court Should Protect the Religious Freedom of Foster Families

On Nov. 4, the small non-profit I lead — Philadelphia Family Pride — did something I never thought we would do: We appeared before the U.S. Supreme Court.

For five years now, our group, an organization of LGBTQ parents, prospective parents and our families, has been partnering with the city of Philadelphia to host events aimed at recruiting more foster parents. We constantly hear from government officials that there is a shortage of foster and adoptive parents for kids in foster care in Philadelphia.

When we learned in March 2018 that two taxpayer-funded foster care agencies in Philadelphia would turn away same-sex couples applying to become foster parents, one of the first phone calls I received was from a representative of the city.

The representative asked to come to a recruitment event scheduled for that evening to stress to the prospective foster parents present that the city will not discriminate and that all qualified parents — including LGBTQ parents — are needed.

Thankfully, one of the two agencies decided to follow the terms of its contract with the city, which says agencies cannot turn away parents for being LGBTQ or other reasons unrelated to providing foster care. The other, Catholic Social Services, says its religious beliefs should allow them to opt out of the non-discrimination policy and sued the city after its contract was not renewed. This is the case that was argued before the Supreme Court on Nov. 4.

The case has clear implications not only for those of our members who are seeking to become foster parents but also for our efforts to help find more families to care for the more than 6,000 children in foster care in Philadelphia. So we joined the lawsuit on the side of the city and are represented by the American Civil Liberties Union.

When a foster care agency says no to families based on the agency’s religious requirements, it denies children families who are willing and able to care for them.

I hear from child welfare agencies that there is already a shortage of families providing foster care, and these children cannot miss out on more families. When agencies are getting tax dollars to find families for children in foster care, the agencies’ religious beliefs should not come before the needs of the children.

During the Supreme Court’s argument, the city’s attorney echoed what the child welfare experts who have weighed in on this case have said: Non-discrimination policies increase the number of foster parents, and having the biggest pool of parents is best for kids.

In states around the country, LGBTQ people have fought for decades to overcome barriers to keeping or forming our families. While there are agencies — including religiously affiliated agencies — that work with LGBTQ families in Philadelphia and in many communities, allowing any agency to discriminate would undermine efforts to grow the broadest possible pool of families.

Applying to foster means asking strangers to judge your suitability to parent.

If the court rules that that foster care agencies have a constitutional right to turn away same-sex couples based on their religious beliefs, it would deter many qualified people from the LGBTQ community from attempting or completing the foster parent licensing process.

If people we are trying to support left one of our events and then contacted an agency in their neighborhood that turned them away because of their sexual orientation, that sting of rejection could be enough to keep them from making a second or third call.

I know of families that had such an experience and gave up. The children in foster care in Philadelphia and across the country cannot afford to lose out on these families.

LGBTQ families — like all families — have value and worth. We shouldn’t be turned away from any taxpayer-funded program because of who we are. When it comes to the foster care system, this doesn’t just hurt us, it hurts kids. 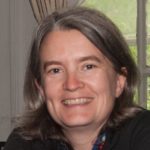 Stephanie Haynes is executive director of Philadelphia Family Pride, which was represented at the Supreme Court by the American Civil Liberties Union. She wrote this for InsideSources.com.