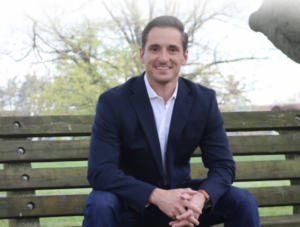 GOP 5th District candidate David Galluch is “on the radar” for the NRCC, a sign the national GOP sees his challenge to Rep. Mary Gay Scanlon as a winnable race. Galluch, a Navy veteran who served in the Middle East defusing IEDs in the War on Terror, says he’s ready to serve in Congress.

The Cook Political Report rates this a safe Democratic seat, but Galluch tells DVJournal News Editor Linda Stein that Scanlon’s record on law enforcement — marching in Black Lives Matter rallies and voting for a bill that substitutes law enforcement for mental health providers in some cases — gives him an edge in this campaign.