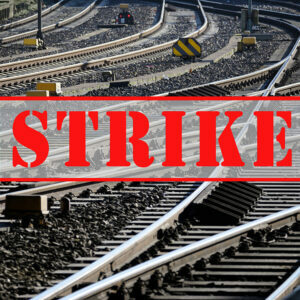 POCIASK: Congress Should Act Now to Prevent a Rail Strike

It’s been said that desperate times call for desperate measures.

That’s the situation facing Congress this week after President Biden called on the House and Senate to intervene and prevent an impending nationwide rail strike.

The White House’s announcement came as four labor unions failed to ratify agreements already approved by workers from eight other unions. The impasse has left the president and lawmakers in Washington with only a single viable option to avoid the economic catastrophe of a potential worker strike shutting down our nation’s rail system as soon as December 9.

The president’s call to action is prudent and should be acted upon in Congress quickly for the sake of consumers. After all, the tentative agreements Congress would advance represent a win for the nation’s rail workers, and it’s important to consider how the deal came together.

As reported in DC Journal, “The deal is built on recommendations from the Presidential Emergency Board formed in July under executive order by Biden when negotiators were at an impasse. The PEB recommended employees receive a 24 percent wage increase over the five years from 2020 through 2024. A 14.1 percent wage increase would be effective immediately. Rail workers would also receive bonuses totaling $5,000 over the course of the contract.”

That means the average freight rail worker would earn more than $110,000 by the end of the agreement, and receive a lump-sum payment of $11,000.

Labor unions have dictated the process, yet some are dissatisfied with the deals they forged alongside the White House. These workers are critical to keeping America’s supply strong and resilient, but they must not be used as leverage to hold the U.S. economy hostage.

With a rail strike potentially costing the economy $2 billion a day, nearly 450 business groups joined the president in urging Congress to intervene. The groups called the looming rail shutdown “extremely damaging to American families,” noting that in September, “The mere possibility of a rail service stoppage created significant disruptions to the timely delivery of critical goods and products.”

An additional 7 million travelers a day — many commuters heading to work — would also find themselves at the mercy of these four rail unions.

About 115,000 employees are represented by the railroad unions. Yet, tens of millions of workers and consumers would be negatively affected by a rail network shutdown. The inflationary effect on consumers and the resulting collapse of economic output would devastate America.

Despite leading the self-proclaimed most labor-friendly administration in history, even Biden recognized he could not allow union members to hold out for some mythical sweetheart deal that was never coming. After all, as the president noted, the deal he helped broker with union leadership was “historic.”

Instead, the president rightly put the interests of all consumers and workers ahead of a select group of special interests. “At this critical moment for our economy, in the holiday season, we cannot let our strongly held conviction for better outcomes for workers deny workers the benefits of the bargain they reached and hurl this nation into a devastating rail freight shutdown,” he said.

And now Congress is in the driver’s seat, with the strong backing of the president and more than 400 business groups who have warned of “economic destruction.”

The good news is that Democratic leaders have signaled they will push legislation to codify the tentative agreements brokered by the White House. In a stunning display of efficiency, acknowledging the “grave urgency” flagged by business leaders, the House could act as soon as Wednesday.

This is a rare opportunity for members of Congress to set aside political differences, dispense with partisan sniping and act swiftly and boldly to protect all Americans.

Anything less would be an unacceptable failure of leadership.

Steve Pociask is president of the American Consumer Institute, www.TheAmericanConsumer.Org. He wrote this for InsideSources.com.