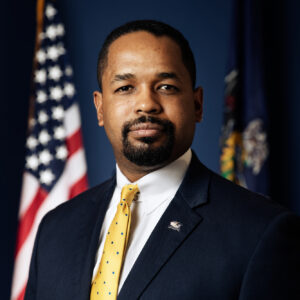 The Pennsylvania Senate race promises to be one of the most-watched and contentious in the nation.

Street, who was elected to the General Assembly in 2016 and is currently vice chair of the Pennsylvania Democratic Committee, plans to open an exploratory committee on April 9.

Speaking at the Olney Transportation Center in February, Street promised he will travel through the state and meet and talk with constituents rather than campaign through “prolific tweets.”

In a race in which the 6’8” artistically tattooed John Fetterman has been marked as the favorite to win (Fetterman became a media celebrity after appearances on CBS’s ‘Sunday Morning’ and the ‘Colbert Report’), a Street candidacy would provide voters with a ‘middle way’ option in contrast to Fetterman’s progressive views.

Philadelphia Councilmember At-Large Allan Domb told DVJ he’s worked with Street on a number of issues involving the city of Philadelphia. Domb classifies Street as “very supportive” and “very smart” and says he has the ability to bring people together. “He understands the issues and he’s willing to take the time and invest the time to hear both sides of an issue so he can then come to the middle, which is where in many cases we need to be. Street recognizes that you’ve got to find that ‘middle.’”

Sharif Street’s ‘middle way’ put him into the limelight as a freshman member of the General Assembly when he offered a series of amendments to the 2017 Gun Bill.

An article in The Philadelphia Public Record touted Street’s success as a freshman legislator when he added amendments to a gun bill that would have allowed school personnel to carry firearms into school buildings and that school personnel be required to carry permits and produce proof of firearms training. He also called for psychological screening.

Where Street veers away from the middle might be his October 2017 introduction of SB942 that would allow any person serving a life sentence for murder in Pennsylvania to be eligible for parole after 15 years in prison. While the measure might seem to be a creation of controversial Philadelphia District Attorney Larry Krasner’s office, Street insists his proposal is not a get-out-of-jail-free card.

“For the people who deserve to remain in prison, my bill does nothing to say that they will be released. It simply gives the Board of Probation and Parole the ability to sort it out,” he told WHYY.

Throughout his short career in Harrisburg, Street has been at the forefront of issues some may not consider middle at all.

Gov. Tom Wolf’s legalization of medical marijuana on April 6, 2016, paved the way for Street to team up with Erie Republican Dan Laughlin and propose legalizing recreational pot in Pennsylvania.  “While my colleague Senator Street and I come from different political parties, we see a bipartisan way forward on marijuana legalization that is premised on safety and social equity,” Laughlin said.

Street’s stand on other issues might as well come from Fetterman’s playbook, such as his support of the MLB’s move out of Atlanta for the 2021 All-Star Game. Street’s support of LGBT issues has been consistent. He has attempted to get a resolution passed making June LGBT Pride Month. However, he also voted for a legislative amendment to HB 1388 to bar children on Pennsylvania’s CHIP (health) program from getting transgender health care services.

“We built relationships and we’ve built messaging for Democrats to win after Donald Trump won the 2016 race in Pennsylvania,” Street told InsiderNJ, saying he drove 150,000 miles around Pennsylvania over the last three years.

Street was listed by Islamist Watch as a donor from 2002 to 2016 to Muslim causes as represented by Kenny Gamble’s Universal Community Homes. Street made donations to Abdur Rahim Islam and Shahied Dawan, both Gamble employees. In 2020, the FBI charged Islam, Dawan, and Philadelphia City Councilman Kenyatta Johnson with racketeering conspiracy, bribery, honest services fraud, and wire fraud.