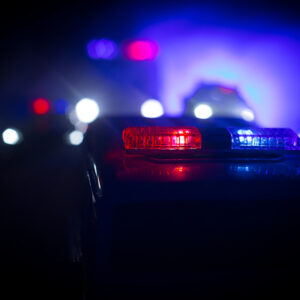 If you’re a 30-year-old Philadelphia native, you’re living through the worst crime wave of your lifetime.

So far this year, homicides are up 33 percent. As of July 18, 304 people have been murdered in the city. Last year’s total murders claimed 499 lives, up 40 percent from the previous year. This past weekend alone, at least three people died; 33 others were injured by gunfire.

The city is suffering the highest number of homicides since 1990, and it’s being felt across the Delaware Valley.

“I have not gone into the city since September 2020,” Sue Zanne Pileggi said on an Elkins Park Facebook page. “I work in West Philly. We were virtual all year. Presently I’m searching for a new job because I’m scared to go into city.”

But murder doesn’t stop at the city line, either.

On July 10, assailants shot Philadelphia resident Layth Evans, 19, in a vehicle on the 100 block of Ardmore Avenue, outside a community center and swimming pool in Ardmore. Detectives said Evans was killed during a gun deal gone wrong.

Micah Colbert, 19, of Ardmore and Elijah Smith, 21, of Philadelphia, have been charged with homicide, according to the Montgomery County District Attorney’s Office. A third man, Dorian Harris, 21, was charged with illegally transferring a firearm in the botched deal for a so-called “ghost gun,” or gun without a serial number. Police found such a gun, which officials believe belonged to the victim,  in the bedroom shared by Harris and Colbert.

“I am always concerned when border towns have issues,” said Radnor Police Chief Chris Flanagan. “We must all be diligent.”

“Also, communities should work with the police and share information and help each other to prevent situations,” Flanagan added. “We should step up and work together if something happens, as well.”

On Sunday, about 75 people gathered outside the community center to hold a vigil for the victim.

“It is a shame that a murder occurred in Ardmore, especially having it occur in front of the Ardmore Avenue Community Center,” said Alim Howell with Race for Peace, a nonprofit organization that tries to foster police and community friendship. “This tragic incident happened over a ghost gun sale. In my opinion, it does not seem like anything to be killed over. The Ardmore Community Vigil was a good healing event. We all should take action and pay even more positive close attention to our youth so something like this will not happen again.”

The police are feeling it, too.

Philadelphia Police Captain Matthew Gillespie of the 18th District (in University City), tweeted on Monday: “We’re scared. They keep getting locked up & then get right back out. We can’t even go outside sometimes, it ain’t right,” quoting a block captain.

The conversation among some suburban residents is whether they are less likely to venture into the city, especially at night.

“I am comfortable, during the day, in areas that I travel to in Center City. But I am now not comfortable going to the city after sunset. Plus, there is plenty to do and great dining in the suburbs,” said Bucks County resident Anita Panton Sayers.

“I will not be going into Philly. We changed our plans over the weekend because of the crime,” said Debbie Jr McGinley, of Harleysville. “We went to Panache (Wood Fire Grill in) Blue Bell instead and then into Skippack.”

But others are not letting the crime spike stop them from venturing into Philadelphia.

“I’m headed there today,” said Kathryn Jones, of Cheltenham. “Of course, I don’t go through certain parts at night. But I never did.”

Maryanne Brown, a pharmacist who takes the train into Philadelphia from Warminster, is not concerned.

“I am not afraid to go to Center City,” said Brown. “I enjoy working downtown.”

And others expressed concern for the future of the city and its residents.

“My parents retired to Center City two years ago and my father passed away in April,” said Julia Pelagatti Bohnenberger, a Radnor resident.

“My parents stuck through the riots, lost their pharmacy, tolerated being jailed in their houses. The last time I visited on Mother’s Day, a man walked down JFK Boulevard swinging a weapon. Nobody blinked. What is going to happen to the elderly?”

Eric McLaurin, a spokesperson for the Philadelphia Police, declined to comment for this article.