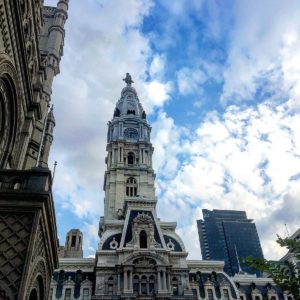 With daily life upended — schools, restaurants and workplaces closed while shelter-at-home orders keep people homebound — getting the right information can be twice as difficult.

As a consequence, Philadelphia residents are placing twice the usual number of calls to Philly311, the hotline dedicated to answering questions on city services. Yet the service has been able to handle the upswing in call volume while also moving its entire staff to work from home.

Graham Quinn, executive director of Philly311, says at the beginning of March, the call center was taking in about 3,000 total calls per day. Many of those calls were handled with automation, but 1,600 required interaction with a real person.

“After March 13, we went up to about 6,000” total calls per day, Quinn noted, and the number of calls actually passed on to personal phone representatives nearly doubled as well.

“We’ve been taking a lot of calls of businesses being reported about the [city’s] mandatory closings.” Questions about which businesses can stay open, residents wanting to report a business for violating the orders  ­— “a lot of those calls come to us,” he said.

Call centers are are close quarters, with coworkers just a cubicle away. But Quinn says by mid- to late February, they saw the coming storm and wanted to move staff out.

The 311 team began to seriously implement the technology needed to enable the call center staff to work remotely after a fire in 2018 temporarily knocked out power to city hall, which also caused the building to be closed for four days.

“By March 9, we were prepared to have everybody offsite, laptops, systems, logins, everything. We have the technology basically so that as you call 311 it will basically route to someone’s individual line,” Quinn said.

Philly311 is now being operated 100 percent from home. While the city is closed except for essential staff, the 311 service is considered essential. Quinn said adding staff would be helpful, but that’s nearly impossible under the circumstances of so many people required to stay home, coupled with training time needed for new phone representatives.

Overall, he said his employee feedback has been mainly positive through the massive change to work-from-home.

“They’re not taking public transportation. They can keep their families safe. They’re not out and about unless they have to be,” Quinn said.

“But the flip side to that is — I’m in the same boat as they are — my kids are currently out of school so I’m trying to balance working all day and my children learning how to do remote learning. So, it’s difficult, but I think they’ve really risen to the challenge.”