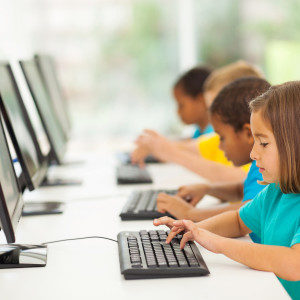 The School District of Philadelphia (SDP) is making an unprecedented push to get laptops and internet access to hundreds — if not thousands — of children confined at home while schools remain closed across the state due to the coronavirus pandemic. If closures run deeper into May or even June, Superintendent William R. Hite, Jr. said the school year may be finished with “an asterisk.”

Pennsylvania Gov. Tom Wolf ordered all schools closed until at least April 6, with the looming prospect the date could be extended.

“Some students at some schools already have access to computers and internet at home, but that’s not the case for most of our students, so we’re working to ensure that our students have access to the devices and resources that will help them stay engaged,” Hite  said during a telephone news conference.

It’s part of a furious effort to complete the fourth and final grading quarter of the school year. Still, getting students fully equipped with both a Chromebook and broadband internet access will be a towering task from both a cost and logistical standpoint.

The key question: How to pay for those who don’t?

Purchasing will include negotiating with suppliers on pricing, then possibly approaching corporations and nonprofits for grants or donations that could defray the district’s out-of-pocket cost. Talks have already begun with Comcast about internet delivery.

Hite said he expects to be able to present a budget amount to a Wednesday meeting of the board of education.

He pointed to two other states which have said they would be forced to close out their year with “an asterisk.”

“We intentionally left that grading period open because we cannot guarantee that everyone would have access to all of the opportunities to submit assignments and do grades for the fourth quarter.”

Last week, SDP was in the spotlight after announcing some digital learning efforts would be suspended for “equity” reasons, namely not all students had similar access to all the materials needed for robust online education.

However, Hite said that new guidance issued over the weekend by the U.S. Department of Education has helped shape the district’s approach. He went on to clarify that last week’s announcement of the stoppage of online coursework had been misinterpreted due in part to legal language the district was using.

He said teachers and students have been using — and will continue to use — some online curriculum, but in the absence of equitable resources to all students, that coursework cannot be graded and attendance may not be taken.