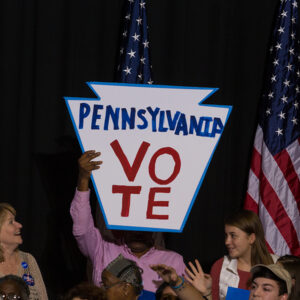 The 2020 Election is over, but the mischief of the late-breaking rule changes in the fall remains unchecked by the highest court in the country. This week, the Supreme Court declined to hear two cases challenging election changes made by non-legislative officials in Pennsylvania. The Constitution is quite clear – state legislatures are entrusted with the responsibility of setting the rules for choosing presidential electors. Yet, in some states, the rules were changed by bureaucrats or courts.

In Pennsylvania, the state supreme court decided that the legislature’s rule concerning the receipt deadline for mail ballots needed to be changed. Citing concerns about postal service delays, the court added three entire days to the deadline. But just because the court hung its decision on presumed health crisis needs does not make it any less unconstitutional or consequential going forward.

Justice Clarence Thomas penned a scathing dissent to the highest court’s decision to punt on the Pennsylvania cases.

According to Thomas, “Unclear rules threaten to undermine this system. They sow confusion and ultimately dampen confidence in the integrity and fairness of elections.” He goes on to explain that voters need clarity about which rules to follow. “Changing the rules in the middle of the game is bad enough. Such rule changes by officials who may lack authority to do so is even worse.” Justice Thomas rightfully warns that the deviations from constitutional norms will not end in 2020. “Future cases will arise as lower state courts apply those precedents to justify intervening in elections and changing the rules.”

In Virginia, it was the State Board of Elections that changed rules regarding absentee ballots. The Virginia General Assembly passed a law stating that absentee ballots may be received up to three days late, so long as they are postmarked on or before Election Day. The State Board later instructed local officials that any ballots received without a postmark can still be counted. The Public Interest Legal Foundation, on behalf of a member of a Virginia county board of elections, stepped in and obtained a court order stopping the Virginia State Board of Elections from accepting late ballots without postmarks in time for 2020, and a consent decree cemented the deal for 2021 and the foreseeable future. Sadly, the Foundation’s victory was the only successful effort in the United States to stop lawlessness surrounding mail balloting rules.

Busting voter fraud does not do fatal damage to the country’s overall faith in elections. We can cope with the fact that crime exists so long as we see that the bad guys get caught in a timely manner. But changing the rules of the game as you transition to the fourth quarter is far more harmful to that faith—and that is the core of Justice Thomas’ concern. Late changes handicap our ability to spot law-breakers and ensure that our election process was fair. If the court is willing to let the events of 2020 stand, they will only repeat.

Where were the state legislatures during this usurpation of their constitutionally vested authority regarding elections?

Many were asleep, unwilling to defend their prerogative. As John Adams penned in 1775, “When the People once surrender their share in the Legislature, and their Right of defending the Limitations upon the Government, and of resisting every Encroachment upon them, they can never regain it.”