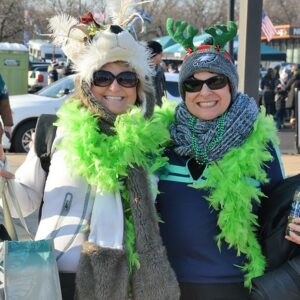 It’s no secret that Philadelphia sports fans are a passionate lot, whether they’re filling Lincoln Financial Field on a Sunday afternoon, spending summer evenings at Citizen’s Bank Park, or arguing with a radio host.

But just how passionate are they compared to fans elsewhere?

Wallethub.com took on the difficult task of attempting to answer that by listing and ranking 392 American cities, large and small, according to their interest in and passion for college and professional sports.

There was far more to the endeavor than judging the passion of the fan base. Sports is a lucrative industry that is seemingly growing more lucrative with each passing day. Despite the pandemic that curtailed numerous sporting events in 2020, pwc.com estimated the American sports industry will be worth $83.1 billion by 2023 from revenue generated by ticket and merchandise sales, sponsorship fees,  such as naming rights for stadiums, bowl games, etc. and of course broadcast  and cable TV broadcast rights

If that prediction is realized it would be an increase of better than 8.5 percent from 2018, despite the fact that the industry more or less ground to a halt during the pandemic.

But dollars alone do not a great sports market make. Some 50 variables were taken into account that measured fan interest in five major sports: Football, basketball, baseball, hockey, and soccer.

The five sports were weighted based on the percentage of sports fans nationwide who follow a particular sport with football having the largest following (the other four followed in the order they are listed above).

Each city was given a total score and then ranked, overall and then within one of three classifications, based on population. Additionally, cities were also ranked according to their supposed interest in a particular sport.

So, how did Philadelphia measure up against the rest of the nation?

Overall, it ranked fifth behind Boston, Los Angeles, New York, and somewhat surprisingly, Pittsburgh. The statistic that was most eye-catching, however, was the city’s ranking of 15th in football. It should be noted that the 14 markets listed ahead of it all are home to NFL teams, including New York and Los Angeles which have two each.

In addition, almost all of the top 14 are in close proximity to successful major college programs with enthusiastic regional followings while Temple, the only Bowl Subdivision (major college) program close to Philadelphia, is largely ignored by sports fans in the region, even when it is having success on the field, which is rare. In addition, Philadelphia was marked down because the listed seating capacity at Lincoln Financial Field, at 69, 596, is just the 14th highest in the National Football League,and because of the price of Eagles tickets.

As far as the other four sports are concerned, Philadelphia was listed fourth in basketball (there are six NCAA Division I schools in the area), behind Los Angeles, Boston, and Salt Lake City, 12th in baseball (New York, Los Angeles, and St. Louis were 1-3 in that sport), 14th in hockey, and 20th in soccer.

There are doubtless legions of sports fans in this part of the planet who would be willing to question some of those findings.

So, what makes a first-rate sports city? Dr. Wendy Dees is a professor of sports administration at the University of Miami. She says there is more to being a great sports town than having winning teams, something to which Philadelphia fans would attest.

“Winning is great,” she said, “but die-hard fans are at the heart of any good sports city. When people passionately support the hometown team(s) through the ups and downs of competition, that feeling reverberates throughout the city and the sport. A strong sports culture is also important. If sports are not valued and supported in a particular region, local games and sporting events feel like any other date on the calendar.”

Dees says she believes sports franchises tend to take on the personalities of the cities they call home.

“That happens for many reasons,” she said. “Teams often draft players that ‘fit’ their culture. Other players adapt to the culture over time. Lastly, branding plays a huge part, in that the team is marketed to the fans as having similar traits or characteristics as the host city. For example, labeling a franchise as ‘America’s Team’ or having a ‘blue-collar mentality’.”