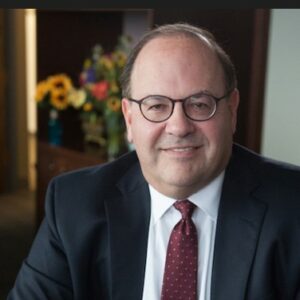 Philadelphians and suburbanites are getting a taste of tax relief after Philadelphia passed a $5.8 billion spending plan last week that went into effect July 1.

The deal, hailed by Councilman Allan Domb as “truly monumental,” is about $500 million more than last year’s spending plan, The Philadelphia Inquirer reported.

It includes $30 million in additional allocations for the police department as part of Mayor Jim Kenney’s push to get the city’s record crime surge under control.”

The budget also contains modest tax relief for nearly 1.6 million city residents and thousands of others who commute to Philadelphia for work.

Lawmakers cut city wage and business taxes by small margins. The wage tax, a controversial issue among residents and commuters alike, dropped from 3.83 percent to 3.79 percent for city residents and from 3.448 percent to 3.44 percent for people working in Philadelphia but living outside city limits, officials confirmed.

The business income and receipts tax was also lowered modestly, from 6.2 percent to 5.99 percent, which Domb said is the first time since 1988 that figure is under 6 percent.

Domb, who pushed forward a bill last year that would have reduced the city wage tax by 2 percent over 15 years, played a key role in negotiations that led to the reductions. He said the city must consider the interests of commuters who make up about 40 percent of the city’s working base.

The wage tax reduction means residents making between $50,000 to $100,000 a year will see between roughly $25 to $50 more in take-home pay this year, according to Axios and city officials.

Savings for non-residents amounts to even less, at about $4 annually for those making $50,000.

The wage tax is the city’s biggest revenue generator, at about $2 billion for the last fiscal year, officials said. About $700 million of that amount comes from people like Daniel Ceisler, an attorney at Saltz, Mongeluzzi & Bendesky in Philadelphia’s downtown district who commutes from Bristol Township.

Ceisler is one of the few people who doesn’t really gripe about the city wage tax, which reduces his paychecks by about $100.

Commuters effectively are being double-billed by the city and their own municipalities, Ceisler said. There are also people who live in the city but work in places like New York, with its own separate wage tax, meaning those people shell out for both.

Philadelphia’s website lays out scenarios when nonresidents are exempt from paying the wage tax if employers require them to “perform a job” outside of Philadelphia.

Those living outside the city but voluntarily working from home are not immune from the tax.

However insignificant to his bottom line, Ceisler said the reduction was “better than nothing,” especially if it makes Philadelphia safer.

“I don’t want anyone to think that I’m the only one in the world who loves paying taxes, but the city needs it now more than ever,” Ceisler said. “I see a city that’s struggling in a lot of ways.”

Like many who live or work in the city, he said a historic crime wave that hit the city during the pandemic has made him and others feel less at ease walking the streets.

“The shift you’re seeing (is) more crime and more brazen crime, particularly in areas where you didn’t use to see it,” Ceisler said. “There’s no part of the city that’s immune to violent crime.”

Under this year’s spending plan, the police department saw its annual budget boosted by about $30 million, to about $800 million, a figure the Inquirer reported is the most of any city agency.

The increase comes two years after the police budget was frozen following widespread civil unrest and protests that broke out across the country over police brutality following the murder of George Floyd in Minneapolis. Since then, the city has invested more than $150 million into anti-violence programs.

Kenney proposed about $23 million more for police to cover union-based salary increases and upgrades for office technology. The city council added another $6.2  million on top of that, according to The Inquirer.

About $5 million was set aside for the city’s forensic lab and $250,000 for recruitment amid a nationwide shortage of police recruits.

The money is needed as not every one of the city’s 6,300 sworn officers is equipped with a cell phone, a potential public safety hazard, Domb said.

“That’s pretty basic,” said Domb, who is exploring running for mayor with the Democratic primary less than a year away. “No one will argue that the No. 1 issue in the city is public safety. I am heartbroken over what’s going on. I know we can do better.”