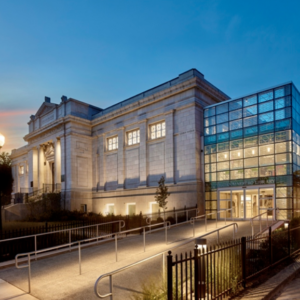 When Steve Feldman got a phone call telling him the Free Library of Philadelphia had anti-Israel blogs and videos posted on its website, he was shocked.

But it didn’t take Feldman, the executive director of Greater Philadelphia Chapter of the Zionist Organization of America (ZOA), long to find them. In one, a librarian says that “Zionism looks a lot like racism.” Another features a children’s book with Israel removed from the map.

“I saw a blog post. The first page or two, there was a blog post trying to reach young people about the Palestinians and gain empathy for them. The blog post was tagged for Black Lives Matter,” Feldman told Delaware Valley Journal.

There were also recommended books of “questionable balance and fairness,” he said. “I found out the two (blog) authors were library staff.”

“I started seeing a number of materials not only presenting propaganda as fact but targeting young people, specifically Black and Brown people,” he said. These were “loaded with anti-Jewish, anti-Israel, and anti-Zionist materials.”

Among them, a video by the Lillian Marrero children’s librarian that said siding with Palestinians against the nation of Israel is “rooted in support [for] Black and Brown people. As we’re seeing right now, people across the world are rising up to reject Israel’s attempt to erase Palestinian people,” the librarian, only identified as “Kayla,” says as she introduces the book “Baba, What Does My Name Mean?”

“When children, young people see and hear about what’s happening to the Palestinian people today and for many decades, um, they will probably see and notice that Zionism looks a lot like racism,” Kayla added.

“These claims are demonstrably false,” Feldman said. “Why present these materials to kids? What is the goal of teaching and exposing young kids to false, biased information? It’s Jew-hatred.”

It’s also factually incorrect. A majority of Jews in Israel are Mizrahi, which means they are of Middle Eastern and North African descent. Only about 30 percent of Israeli Jews are Ashkenazi or the descendants of European Jews.

Delaware Valley Journal called the Lillian Marrero library and a woman identifying herself as Kayla declined to give her last name.

However, the library did send DVJournal a statement from Folasade A. Olanipekun-Lewis, chair of the Free Library of Philadelphia Board of Trustees. “We are reviewing the guidelines for our content so that we can continue to give our employees platforms to share resources and voices from many cultures and perspectives grounded in our programs and collections, while ensuring it does not denigrate any members of the Free Library community or become an outlet for individual political or personal views. We will also be meeting with leaders in the Jewish community to discuss their concerns.”

After Feldman notified Leslie Walker, the acting director of the library, one of the objectionable videos was taken down.

Susan Tuchman, a lawyer representing ZOA, also spoke to Walker but said no agreement had been reached. Walker said the library could do an audit of what is posted, but Tuchman said the ZOA had already presented her with a thorough list of the offensive items.

“It doesn’t take an audit to address these things right away,” said Tuchman. The ZOA is considering legal action.

“It’s clear that some of the library staff have a political agenda,” said Feldman. “And it seems to be the case that they’re using their positions at the library to advance that agenda. So it’s very troubling.”

Walker told Feldman that Philadelphia has a diverse community. “All of that is well and good, if the material is not anti-Israel, anti-Jewish propaganda. I mean, in one of the librarian’s videos, she holds up a children’s book that erased Israel from the map,” Feldman said.

People think of the library as a safe space where “hatred is not going to be promoted. And in this case, our libraries are the issue,” Feldman said.

“I’ve been dealing with the issue of Jew-hatred for almost 40 years now,” Feldman said. “And because this is targeting children, and they’re very plain about that, and very straightforward…This is very, very upsetting.”

“What about sympathy for the Uyghurs (in China)? Or for the Israelis, who over 11 days faced 4,300 rockets. Every Israeli in the southern part of the country who is 16 or younger is living with PTSD because of incessant rockets and having to run to shelters and there is no effort to gain sympathy for them,” Feldman said.