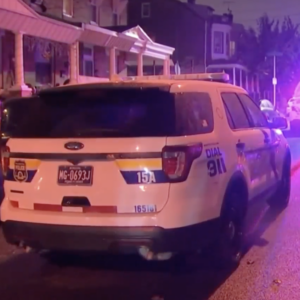 The decision of the Philadelphia City Council to pass a measure banning police officers from pulling over drivers for minor traffic violations, such as a broken taillight or expired registration, is being hailed by social justice advocates as a victory for equity. But members of the law enforcement community say it’s a well-intended mistake.

Earlier this month, the council voted to approve Councilmember Isaiah Thomas’ Driving Equality bills which seek to address the tension between members of the Black community and police by reducing the number of minor traffic stops. While a handful of smaller communities have passed similar measures, Philadelphia — with a population of around 1.5 million — is the first major city to take what some believe is a radical step.

The goal, Thomas said, is to redirect police time and resources toward keeping the Philadelphia community safe while removing negative interactions that, supporters of the bills say, widen the racial divide and perpetuate mistrust.

“To many people who look like me, a traffic stop is a rite of passage – we pick out cars, determine routes, and plan our social interactions around the fact that police will likely pull us over. With this vote, I breathe a sigh of relief that my sons and my friends’ children will grow up in a city where being pulled over is not a rite of passage but a measure of the safety of your driving and vehicle, regardless of the skin color of the driver. That’s why I am grateful to my colleagues for voting to pass my Driving Equality bills.”

Some crime experts argue this approach is counterproductive and will result in more people of color being victims of crime.

“Experience during the pandemic has revealed that removing police from traffic enforcement leads to more dangerous streets, more disorder, and more crime. Public safety policy decisions and legislation must be informed by data and made with eyes wide open to their consequences.”

The council also passed Councilmember Thomas’ companion bill which mandates a public, searchable database of traffic stops. Data was a central component in illustrating the problem and will be a significant factor in analyzing the Driving Equality bill’s success or need for alterations.

Following the council’s approval, the legislation is sent to Mayor Kenney for his awaited signature into law. During last week’s council session, Thomas amended his bill to allow the Philadelphia Police Department 120 days for training and education before being implemented.

“Data will tell us if we should end more traffic stops or amend how this is enforced. Data will also tell other cities that Philadelphia is leading on this civil rights issue, and it can be replicated,” Thomas said. “Data and lived experiences showed us the problem, and data will be key to making sure this is done right.”

“Some of the best arrests that I ever made were based on a headlight out or a turn signal off,” said Chitwood. “I can recall arresting an individual with six handguns in a trunk of a car and masks and rope based on the fact that his rear light wasn’t working.”

While police officers have a duty to act in a respectful manner, and they must be sure they have probable cause to make an arrest, Chitwood said, this law ties their hands. “It’s insane,” Chitwood said. “And it’s another chink in police officers’ armor to help keep the community safe. I just don’t understand it.”

But others are pleased.

“It is a positive action from Philadelphia City Council along with Mayor Kenney to pass a bill that will improve police-related issues in our city,” Alim Howell of Race for Peace said. “This bill will put aside differences between race/ethnicity putting everyone in the city of Philadelphia more at ease when driving.”