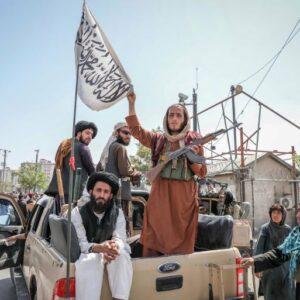 Abdul was in a Kabul hospital earlier this month, visiting his mother who was being treated for complications from diabetes. Today he’s back in Philadelphia, watching in horror as the Taliban overruns the country he once called home.

Worse, when Abdul returned to Philadelphia because of his job, his wife and five children stayed behind visiting relatives. Now they are trapped in that suddenly chaotic country.

Abdul, 40, asked that his real name not be used out of fear of retribution to his family. He came to the U.S. in 2019 with this family. Educated at the American University of Afghanistan, he went on to earn an MBA in Britain. He spent years working for the Dutch, the U.N., and then Americans in Afghanistan in various capacities, including the construction industry.

Now Abdul, who works as an office manager at a local nonprofit, is powerless to help his family in Kabul, where the Taliban has taken control of the city and established a cordon around the airport, according to news reports.

“We did not know this would happen like it is now,” he said. He’s received an email from the Netherlands offering to help him and his family. But when Dutch authorities learned he’s now living in the U.S., they told him he would have to seek help from the Biden administration.

“I know there is chaos in the system,” he said. “The U.S. Embassy personnel says the only communication is through personal emails. They don’t have the right system to make sure who should be evacuated. I am trying to reach anyone I know to make that happen. I don’t know if I will be successful or not.”

He tries not to worry about his wife and children (ages four to 12) because they “have the right documents. If not today, tomorrow. If not tomorrow, the next day. Eventually, they will come. If not through Dubai, then through India or Turkey, whichever way they can.”

But his brothers and his parents are trapped in Kabul and he is very concerned about them, although they have applied for asylum.

“What will happen to my sick mother?” he asked. “One brother worked with a company to provide food for prisoners and the prisoners will be released from the jail. They know who he is. That is what is bothering me.”

“We have a duty to all the Afghan men and women who supported the U.S. government in Afghanistan over the past 20 years to provide them safety and not to leave them behind,” said Cathryn Miller-Wilson, executive director of HAIS Philadelphia, an organization that aids refugees. “HIAS Pennsylvania is ready to help those individuals and their families start over in the U.S. Our hearts and minds are with all of those who are in danger at the current moment …

“From our perspective, as an agency that welcomes the courageous and resilient persons seeking freedom and their ability to contribute to our country, we fervently hope that this summer of multiple crises and displacement can be turned into an opportunity to recognize and embrace all that migrants bring,” she said.

“The world is watching a catastrophic humanitarian disaster unfold in Afghanistan,” said Chris Palusky, president and CEO of Bethany Christian Services. “More than two decades ago, I lived in Afghanistan as a humanitarian worker under Taliban rule. I also lived and worked in Afghanistan after the Taliban fell and the Afghan people tasted freedom for the first time. In many ways, words fail because I know what life is like under the Taliban. I lament that many of our allies will be left stranded, that Afghan citizens – especially women and girls – will lose their rights, that Christians and other religious minorities will face intense persecution, and that our nation wasn’t better prepared to offer Afghan refugees a safe place to live. I also have faith in a God who cares deeply about every person he created and am praying for God’s protection.”

“You know they’re sad and concerned about their family and friends that are still there,” Bert said, about the refugees she’s spoken with since the Taliban retook the country. “Just like the earthquake in Haiti, any time an event happens, they’re concerned. They feel out of control, and they’re here and can’t do anything about it.”

“At Bethany, we’re ready and willing to help in any way we can,” said Bert. “Watching (scenes from) the airport and people climbing on the planes…It’s devastating. I think there’s collective grief and anxiety right now, and we’re feeling the pain.”