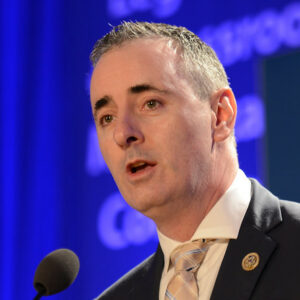 In a 6-3 ruling Thursday, the U.S. Supreme Court struck down President Joe Biden’s OSHA vaccine mandate on businesses with more than 100 employees.

However, the high court permitted the vaccine rule to be imposed on healthcare workers at institutions that receive Medicare or Medicaid funding, unless those employees have medical or religious exemptions.

OSHA issued its mandate in November, parts of which– including a mask mandate for unvaccinated workers — were scheduled to take effect this week.

In response, 27 states have sued the Biden administration in various venues over its attempts to use the Occupational Safety and Hazard Administration (OSHA) to impose mandates on employers with 100 or more workers. The mandates, which required employees to either be vaccinated or undergo regular testing, would have affected 84 million workers.

Biden’s Chief of Staff Ron Klain re-tweeted a statement calling the OSHA rule “the ultimate workaround for the federal government to require vaccination,” a point noted by the court during its oral arguments last week. Klain’s attitude fed suspicions among some legal observers that the White House’s decision to issue the OSHA order is just the latest example of the Biden administration issuing a policy they know is unlikely to survive legal scrutiny for the sake of political messaging.

For example, when Biden issued a federal moratorium on evictions last August, he admitted, “The bulk of the constitutional scholars say it’s not likely to pass constitutional muster.” The Supreme Court swiftly struck it down.

It only took a week for the Supreme Court to do the same with the OSHA mandate, once it reached the high court. “Under the law as it stands today, that power [to regulate the pandemic] rests with the states and Congress, not OSHA,” Justice Neil Gorsuch said Thursday.

“By blocking the OSHA mandate, the Supreme Court showed that it’s possible to take statutory limits on federal power seriously, not just constitutional ones,” said Ilya Shapiro, director of the Robert A. Levy Center for Constitutional Studies at the Cato Institute. “After all, even if we accept federal regulation of workplace safety as constitutional, there’s a difference between occupational risk and the general risk of living in a pandemic.”

Some local businesses chafed under the mandate, while others supported it.

“The Pennsylvania Chamber fully supports vaccination to curb the pandemic,” said Chamber president and CEO Gene Barr. “However, we heard many concerns from employers in response to the ETS – both confusion over implementation and with losing employees during a workforce crisis. We urge lawmakers to work with the business community as partners helping employers get through both the pandemic and workforce crises.”

Sen. Pat Toomey (R-Pa.) said, “The Supreme Court’s decision to block the administration’s private employer testing and vaccine requirement is a welcome enforcement of the constitutional limits of the powers of the executive branch. I continue to believe the vaccine is the best choice for most Americans, and I hope those who are able but have not received a vaccine will do so soon. The Biden administration lacked the legal authority to coerce vaccination through employers. This unlawful and unconstitutional exercise fueled vaccine skepticism and led to employees leaving the workplace, exacerbating current staffing shortages for businesses.”

“Over the past few months, I have heard from countless constituents across our community who have expressed concern over the Biden administration’s vaccine mandate on private businesses,” said Fitzpatrick. “While I have been a proponent of COVID-19 vaccines since they became available, I believe receiving a vaccine should be a decision left up to individuals. I oppose the federal vaccine mandate and cosponsored H.J. Res. 65, a resolution expressing disapproval of OSHA’s vaccine mandate for private businesses with more than 100 employees.”

Fitzpatrick added, “I support the Supreme Court’s decision to block enforcement of this draconian mandate. Since the onset of the pandemic, our businesses have faced months of massive revenue losses, supply chain issues, workforce shortages, and skyrocketing costs. The overreaching OSHA standard will only add strain on our businesses and will further discourage people from entering back into the workforce, impeding Pennsylvania’s economic recovery. I have always believed that it was not in the best interest of the Commonwealth to implement or enforce OSHA’s vaccine mandate, and I will continue to stand with my colleagues against this misguided measure.”

Meanwhile, two doctors who hope to replace Toomey when he retires had opposing points of view.

Republican Dr. Mehmet Oz said on Twitter, “Joe Biden’s attempt to dictate a decision that should be made between a patient and their doctor was always unconstitutional. I will always stand against mandates that take the power away from patients.”

However, Dr. Kevin Baumlin, a Philadelphia ER doctor and Democrat, told the Delaware Valley Journal he supports vaccine mandates as a way to stop the virus by encouraging more people to get COVID-19 shots.

“I think it’s a bad day for public health and health policy,” said Baumlin. As for Biden’s mandate, “I think the intentions were good. We don’t want vaccine mandates because we want to hurt people. We want to keep people safe. This is a particularly contagious variant. It spreads easily. Therefore, the attempt to impose mandates in the workplace is to decrease illness, death and dying.”