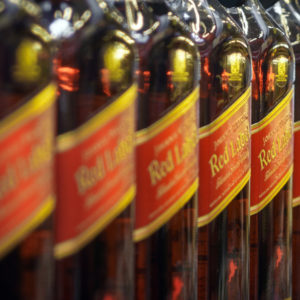 Imagine the iconic painting of General George Washington, casting off from Pennsylvania in a boat and crossing the Delaware River — for a bottle of wine and a six-pack of Budweiser!

Today, Pennsylvanians are pouring across the border into New Jersey to whet their whistles and restock on booze now that the Keystone State has closed down its liquor stores as “non-essential” businesses amid the coronavirus outbreak.

The state still considers out-of-state liquor purchases “bootlegging” and it is very much illegal, though the law is seldom enforced. With Pennsylvania liquor stores closed, New Jersey appears to be the top “It’s Five O’Clock Somewhere!” option for residents of the Delaware Valley.

“It’s been a huge spike in the amount of [Pennsylvania] people we’re seeing,” one salesman at Canal’s Liquor Store in Merchantville, New Jersey, told Delaware Valley Journal. “It seems like there are more people buying a lot of stuff they’d normally get, and then there’s a couple of people actually stocking up mixed in.”

“It’s been coming in in waves,” he continued. “There was an April Fool’s thing going around that New Jersey was going to close liquor stores on last Friday, I don’t know if that got people panicky. It’s been very busy, we’ve been doing a lot of curbside and takeaway for people from Pennsylvania where they just order online and pick this stuff up.”

The Pennsylvania Liquor Control Board has reopened online sales, but that measure has done little to meet demand: The website has repeatedly crashed, and even when it is up, customers can’t get through.

Nielsen research reports liquor sales were up 55 percent nationally for the week ending March 21. When Pennsylvania announced on March 16 that liquor sales would close at the end of the next day, the surge that day — $30 million in total sales — was the biggest day of booze sales in the state, according to data going back just over a decade.

A 2016 analysis of Pennsylvania’s liquor transport law by PennLive found state police issued a mere 16 citations to non-licensed liquor haulers between 2007 and 2015.

“According to the letter of the law at present, violators — i.e. anyone who is not a licensed hauler — caught bringing alcohol in from out-of-state and specifically, not purchased from a Pennsylvania liquor store or licensee, are subject to fines of $10 per bottle or can of beer, and $25 per bottle of liquor,” PennLive reported. “Police will also confiscate the alcohol.”

Police did seize 59 bottles of spirits recently from an Erie man who had bought some of his goods in Ohio and was allegedly offering it for sale on social media.

Fox News highlighted that the cutoff in sales could produce an unintended consequence of adding other health strains to those with alcohol problems.

“Alcohol withdrawal is commonly seen in the emergency department and it can be a life-threatening condition,” said an emergency physician practicing in Lehigh Valley. “Treatment can take several days, leading to lengthy hospital stays.”

“There is definitely concern that an uptick in cases could cause further strain on healthcare resources during this pandemic,” he added.

Pennsylvania’s decision to stop liquor sales drew mild scorn from the opinion pages of the Wall Street Journal: “Many [Pennsylvania] residents are now driving to neighboring states to buy alcohol, potentially bringing the virus with them.”

“New York City has been wiser and allowed restaurants to offer alcohol for take-out and delivery. That satiates the thirsty while providing much-needed revenue for struggling businesses,” the Journal wrote. “Kentucky lawmakers have passed legislation allowing alcohol producers to ship directly to consumers. Such policies acknowledge that, even in a pandemic, prohibition creates more problems than it solves.”

And in New Jersey, more and more customers from Pennsylvania. And yes, they’re buying Budweiser — it’s the state’s most popular beer.