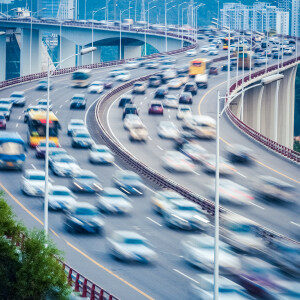 In April, the state Senate buried a Pennsylvania Department of Transportation plan to collect tolls on several bridges around the state.

On Wednesday, Sen. Wayne Langerholc Jr. (R-Bedford, Cambria, Clearfield), the chair of the Transportation Committee, held a press conference at an airport in Johnstown to announce a broad swath of legislation dubbed the Drive Smart Act to update transportation in the state and also supplant the ill-fated PennDOT bridge toll proposal.

While new tolls on other bridges have met their legislative demise, Lagerholc’s proposal calls for adding tolls to the Girard Point Bridge on I-95 in Philadelphia.

“There is an alternative to merely expecting the hardworking citizens of this commonwealth to pay another tax another fee or another toll,” said Langerholc.

Some of the ideas in Drive Smart include tweaking PennDOT’s maintenance funding formula to find ways to reduce costs with the help of the state Auditor General and Treasurer, to “make sure your tax dollars are allocated efficiently,” he said.

It would also encourage the development of highly automated driverless vehicles and exempt vehicles from the five newest model years from emissions tests. Another idea is to save the Turnpike Commission $175 million by requiring it to follow the same environmental regulations as PennDOT.

“We looked at the lack of charging stations for electric vehicles,” Mensch said. “If we leave it up to the vendors they will put in proprietary designs.” Mensch said the state could install one-size-fits-all electronic charging stations next to electric utility poles that all brands of electric vehicles could plug into. Drivers would use their credit cards to pay for the charging. Funding for the project has yet to be identified and Mensch said he’s run into opposition from lobbyists for the oil companies, although consumers are in favor of it.

Asked to weigh in on Langerholc’s proposal to toll only the Girard Point Bridge, Mensch said he’s opposed to new tolls on bridges and he was unhappy with PennDOT’s “irresponsible” proposal to toll various bridges.

Other initiatives include allowing PennDOT to take out bonds for the Interstate Transportation Improvement program through a $2 billion federal grant plan, create a five-year pilot program for electric vehicles to pay a mileage user fee of .03-cents per mile or an annual fee of $400, and dedicate a portion of the state’s federal American Rescue Plan funds for the design and construction of PennDOT highways and bridges.

The Smart Drive Act would also change the funding for the State Police from the Motor License Fund to other revenue sources.

“We need a dedicated reliable source of funding for our state police,” Langerholc said.

And it would update funding for mass transit, including Southeastern Pennsylvania Transportation Authority (SEPTA), and authorize local revenue-generating options for SEPTA and its counterpart in Pittsburgh, Port Authority of Allegheny County (PAAC). In addition, money from the Public Transportation Trust Fund would be reallocated to support intercity passenger rail facility upgrades.

“Passenger rail is one of my top priorities,” said Langerholc.

More revenue would also be earmarked for active modes of transportation, such as cycling, walking and hiking. This will help improve “your quality of life,” Langerholc said. “We want to get people active.”

The goal of the Smart Drive legislation is to “work toward making our commonwealth an effective economic player within our country,” Langerholc said.

Toward the end of his remarks, Langerholc promised to work together in a bipartisan way to get these bills through the legislative process.

“This plan is open and it’s open to robust debate and discussion,” he said, acknowledging that much will likely be changed before any of it becomes law. “That’s the essence of compromise. Coming together working and having a spirited discussion, a spirited debate. This plan is for Pennsylvania and I look forward to the implementation.”