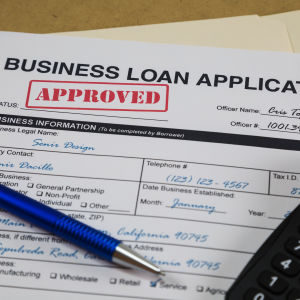 Amid the debate over when and how to reopen the state for business, the Pennsylvania director of the National Federation of Independent Businesses (NFIB), Gordon Denlinger, sounded exhausted and saddened when thinking about the flood of calls he’s taken recently.

“Five to six weeks ago, our small business owners were having the best economic season they had ever experienced.”

Years, not weeks, usually pass in order to sound so wistful for the “good ol’ days.”

Denlinger emphasized all of his remarks should be taken in a context in which the Pennsylvania NFIB “puts the highest priority on the public health aspect here. I don’t want that to be lost as an issue.”

“But the economic damage that is rolling out also is a major component of this,” he said.

Denlinger says contacts to his office are up “by a factor of 10” now that the coronavirus shutdown continues to threaten so many once-vibrant small businesses. Most are looking for help navigating the loan process set up by recent recovery bills passed by Congress, called Paycheck Protection Program Loans (PPPL).

“It’s a mixed response,” Denliger told Delaware Valley Journal. “For those individuals that have navigated the PPPL process and have been approved for a loan and the funds have been received, they are greatly relieved. For those small business owners who have been unsuccessful to this point, there’s a lot of deep concern about the ability to keep the doors open and the lights on.”

Despite the number of successful loans, Denlinger says NFIB in general voiced concerns over some policy elements of the federal legislation passed in response to the crisis, most notably the decision to add $600 a week to a state’s baseline unemployment pay.

“That will, in many cases, take many employees above what they were making when the crisis began. And so our concern is that some number of employees who are contacted by their employer to return to work will do the math and figure out that they are in a windfall situation,” which could impair the recovery overall.

Casting an eye towards any subsequent, follow-up legislation on the federal level, he says the NFIB already has suggestions in mind for any fourth relief bill.

PPPL funds have to be spent 75 percent towards payroll with the other 25 percent going towards expenses like overhead.

“A lot of our small business owners are telling us that beyond payroll specifically, they need a higher percentage of those funds to be available to pay other bills, other fixed costs,” Denlinger said. “So, in a fourth bill, we would love to see more flexibility in the use of the PPPL loans.”

Apart from trying to help small businesses navigate the loan process, Denlinger says his office has suddenly found itself in a role it didn’t expect, that of grief counselor.

“The membership of NFIB is comprised of businesses that average about 10 employees and are truly ‘mom and pop’ type shops, the small businesses on main street communities that put a float in the parade, buy T-shirts for the little league team,” Denlinger said.

“Often times, their employees are almost like family members. So, the decision that many were forced with immediately was the need to furlough or lay off these dedicated employees,” he said. “And I took a number of calls where owners were emotional — deeply distraught — over the need to give some very hard news to people that are very close to them.”

“Small business owners are people who are, by nature, used to toughing it out in difficult times. Most of them worked hard to get their businesses started, so they know about hardship,” he said. “And it takes a lot to stop these types of people.”

“My strong sense is as soon as they get the green light, you’re going to see the entrepreneurs, the small business owners charging back in and fighting with everything they have to get the economy running again, getting their people back on line and hired, and we’re going to see a strong resurgence.”