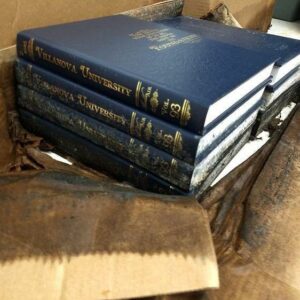 Since the beginning of the fall semester, black mold — a dangerous contaminant linked to diseases–has been found in some dorms housing Villanova students.

And indeed, some students have gotten sick. They have dealt with nasal congestion, eye irritation, and respiratory issues. The two freshman dorms on south campus that have been hit hard by the problem are St. Monica Hall and Stanford Hall, where 680 students reside.

Radnor Township’s Board of Health held its monthly meeting via Zoom on Sept. 20. Many parents raised concerns during the public participation portion of the meeting. They learned about the opportunity to speak at the meeting through a Villanova parent-only Facebook group with over 4,600 members.

“The Facebook group has been an amazing resource to gain traction on this issue,” John LaPlaca, a Villanova parent, said. “Unfortunately, there were over 100 postings alone today of the mold growing within the dorms including ceilings, walls, and HVAC systems, and as parents, we are getting very concerned because students are getting sick.”

In response to the situation, the University posted information on the facilities management section of its website on preventing mold and mildew saying Villanova’s goal is to “prevent conditions, primarily humidity, that support mold growth.”

It has also set up extension cords and industrial dehumidifiers in dorm hallways. Rooms have not been getting good air ventilation as surface mold builds up daily and shows up on shoes and clothing.

Other students are also affected.

Nicole Morgan, a Villanova parent who has a daughter in her sophomore year living on main campus in Alumni Hall, has been experiencing the same problems.

“My daughter has been sick since the first week of classes,” Morgan said. “We also found black mold on the mattress pad that we purchased. She’s so sick that we moved her to a hotel.”

In Saint Monica Hall, it is still to be determined whether the mold is coming from air conditioning units since it was found on top of them.

“On move-in day, there was actual condensation on the walls when my child arrived in St. Monica Hall,” Murphy Tannin, a Villanova parent, said. “The source of the mold needs to be located because my child is sick as well, and I’m hopeful that the Board of Health will address this issue.”

After the public participation segment of the meeting ended, Board of Health Chairman Dr. David A. Simmons addressed the situation.

“We hear loud and clear that there are many public participants that have serious complaints about the health of their children,” Simmons said. “There’s a lot of anxiety that comes with this issue, and we will do everything in our power to address this.”

However, the Board of Health can only provide scientific advice to the Board of Commissioners and township officials since can take action.

“There is only so much we can do for an immediate resolution, and we will make sure that this will be a top priority for our agenda meeting next month,” Dr. Simmons said.

Asked to comment, Jonathan Gust, a university spokesman issued this statement: “Over the last several weeks, the University has heard from some students and parents with concerns about suspected mold in University residence hall rooms. Villanova has a demonstrated record of ensuring the health and well-being of our students, and accordingly, we have taken the reports from our community seriously.”

The university responds to reports immediately and has addressed any mold problems, he said.

“The university has addressed any reports that we have received and has found no evidence to suggest that there is any systemic or building-related mold issue on campus—beyond those individual cases caused by the damp and humid weather of the last few weeks” he said.  “The health and safety of our students is Villanova’s highest priority, and we work hard to ensure a campus environment that is conducive to healthy living, learning, and working.”

Gust said the university takes “many proactive measures” over the summer before the students return.

“All residence hall HVAC units are cleaned and sanitized and filter changes,” he said. “Rooms are also treated with Clorox 360, which sanitizes surfaces and inhibits mold growth. The university also works to educate students on how to prevent mildew or mold build-up: Keep windows closed when the air conditioning is running; reference proper use of air conditioning units through a series of brief videos developed by the Office of Residence Life; make sure HVAC units/vents are not blocked and the air is allowed to circulate, etc.”