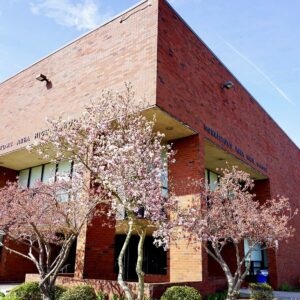 Parents complained of utter chaos after the Norristown Area High School was locked down on Sept. 8 in response to a bomb scare.

West Norriton Police Chief Michael Kelly said a call about a bomb at the high school came in at 9:20 a.m. and the school was placed in lockdown. Officers from 16 area law enforcement agencies responded, along with bomb-sniffing dogs.

No bomb was found and no one was injured, but the investigation is continuing, he said.

The Back to School PA PAC and VOTE 4 Student’s First criticized how authorities handled the incident.

“Students were dismissed from school at 11:39 a.m.,” the groups said in a press release. “Parents described the scene as a nightmare with traffic jams and frantic parents trying to find their children.”

Police told students they could leave if they saw their parent or guardian, and parents were told to pick them up across the street.

The groups said they support the students and parents.

“School violence and even the potential for violence is one of the most frightening situations for every parent, teacher, and student,” they said.  “Back to School PA PAC and VOTE 4 Student’s First PAC stand with all families and staff from Norristown School District who experienced the lockdown and chaotic dismissal. We were incredibly dismayed to learn that despite this alarming incident, Governor Wolf proceeded with his press conference at a nearby Norristown Elementary School at 3:00 p.m., just two hours after students were safely reunited with their families.  He made no mention of the lockdown, evacuation, or the concerned parents or staff. While he stood with members of the PSEA, no one expressed concern for the safety of our students, teachers, or families.”

Lisa Engleman, a parent and school board candidate endorsed by VOTE 4 Student’s First PAC,  reacted to how her children were impacted.

“My worst nightmare as a parent came true yesterday,” Engleman said. “My daughter retold her story of the lockdown within the Norristown Area High School, and it sent shivers down my spine. Lockdown drills should be a learning tool, but yesterday they were put to the test; luckily, no one was hurt. My daughter was in study hall on the 3rd-floor balcony with the doors closed.  A student returned from the bathroom and told the teacher the school was in lockdown. The teacher called another to confirm. Her teacher immediately went into lockdown procedure. Minutes later, she heard someone come by to lock them in. It is scary to think it took that long to secure these students from a potential life or death situation. Why didn’t the teacher have a key? Why wasn’t she notified immediately, and why was the announcement not heard on the balcony?”

“I applaud and thank this teacher for remaining calm, enforcing procedures, and keeping her students, including my daughter, safe for over two hours,” she said. “I strongly recommend that the administration and current board review protocols for non-traditional classrooms and make changes immediately to ensure the safety of all. We call on the district and the administration to be as transparent and explain the entirety of events that transpired, review safety procedures and take the necessary actions to inform all families, protect all students and prevent miscommunication and confusion in the future. Thank you to every student and staff member who helped in the moment and kept students safe.”

Christopher Davis, a spokesman for the school district, did not respond to the allegations of a chaotic situation that Engleman discussed.

However, he released messages in English and Spanish that were sent by the NASD to parents that morning which informed parents their children were safe and where to pick them up.