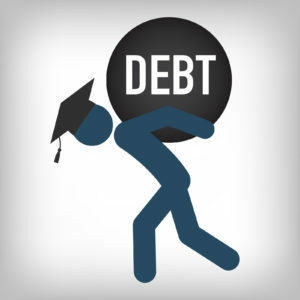 PA Workers Ask: Why Should We Pay for College Debt Relief?

President Joe Biden’s decision to extend the student loan repayment freeze yet again was welcomed by the one in eight Americans carrying student debt. But what does it mean for the vast majority of taxpayers who never borrowed a dollar to attend college or have already paid off their debts? What about workers who learned a trade rather than attending class?

Critics of Biden’s decision to let borrowers off the hook until August 31 say it is both an economic mistake and an unfair policy.

“When the market was struggling in 2020, anything we could do to get people more cash to spend was beneficial to the economy,” said Marc Goldwein, senior policy director at the Committee for a Responsible Federal Government. “Now, we have the opposite problem of inflation. People have too much money to spend.”

Goldwein said the pause costs the federal government upwards of $50 billion a year. That is taxpayer money that will eventually come due in the form of budget cuts and tax increases.

And that $50 billion is being paid in part by blue-collar workers and college grads who paid off all their loans.

Dan Appel, a skilled trades leader at W.L. Gore, told Delaware Valley Journal he sees the inequity, but he blames the student loan system itself.

“The debt is there and not going away. Pushing the loan payments out will not fix the problem,” Appel said. “Interest on student loans should be zero percent. You can buy a pick-up truck on a zero percent loan, but not your education––it’s crazy.”

Currently, federal student loan interest rates for undergraduate students are 3.73 percent. Students seeking a graduate or professional degree pay anywhere from  5.28 to 6.28 percent interest. Those fixed interest rates have fluctuated over time, peaking at 7 and 8 percent in recent history.

Interest rates for student loans––especially for master’s degrees and Ph.D. or J.D. programs––have traditionally exceeded other loan types, such as home mortgages. “There’s a higher risk that you won’t be able to pay it back,” explains Goldwein.

Appel also believes there is too much pressure on young people to get a bachelor’s degree, even when they don’t know what field they want to work in.

“It’s time to put more emphasis on trade schools. People can join the workforce and find their passion while getting paid, not while they’re paying,” Appel said.

One example is the training available from Steamfitters Local Union 420 at its Northeast Philadelphia facility for steamfitters and mechanical equipment service mechanics.

About 300 students enroll each year in the five-year apprenticeship programs, which are free and open to anyone with a high-school degree or its equivalent. Students graduate debt free and immediately go into high-paying, high-demand jobs building and maintaining piping systems in various industrial and residential facilities or into positions building, installing and servicing HVAC and refrigeration systems.

In addition to its five-year apprenticeship programs, Steamfitters Local Union 420 also offers continuing education opportunities that include journeymen training and certification, and even associate degree programs.

“Before you ever see one of our members on a job site, they have to make their way through our training program first,” Steamfitters Local Union 420 Business Manager Jim Snell said. “Our commitment to excellence means we demand more of ourselves than our clients and customers do. That all begins right here. Our apprentices know they’ll come out of training debt free and get right to work on a good job. The people we partner with know they’re getting workers whose level of skill and craftsmanship is unparalleled among the trades.”

The question, critics of Biden’s student loan hold say, is why graduates of programs like these should have to subsidize college debt for students majoring in literature and the arts?

Two years after the CARES Act––the legislation that established the student loan relief––the decision to extend the payment moratorium seems like a stop-gap measure. Biden, who campaigned on eliminating $10,000 of student loan debt per borrower, is now being called on to follow through with his pledge.

Goldwein called the payment-freeze extension “politically safe grounds” for Biden, who doesn’t want to stir the pot before the upcoming elections.