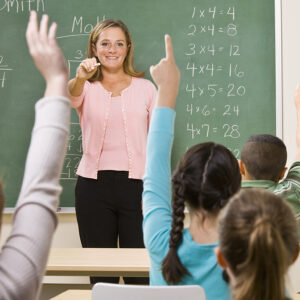 The largest teachers’ union in the commonwealth is offering its members a three-part seminar beginning in October focused solely on the New York Times podcast, “Nice White Parents.”

According to the Pennsylvania State Education Association’s advertisement, the 10-hour workshop will explore “a key driver in what is blocking educational integration and equity: the actions of White families,” and will run over a series of days in October.

“The final session on Monday, November 8, will serve as a reflection of the podcast. As a group, we will develop ways we can impact change,” the advertisement concludes.

Another part of the online flyer tells teachers they can get “Act 48” hours for participating. Act 48 is a Pennsylvania law that requires a certain amount of ongoing professional development for teaching professionals. 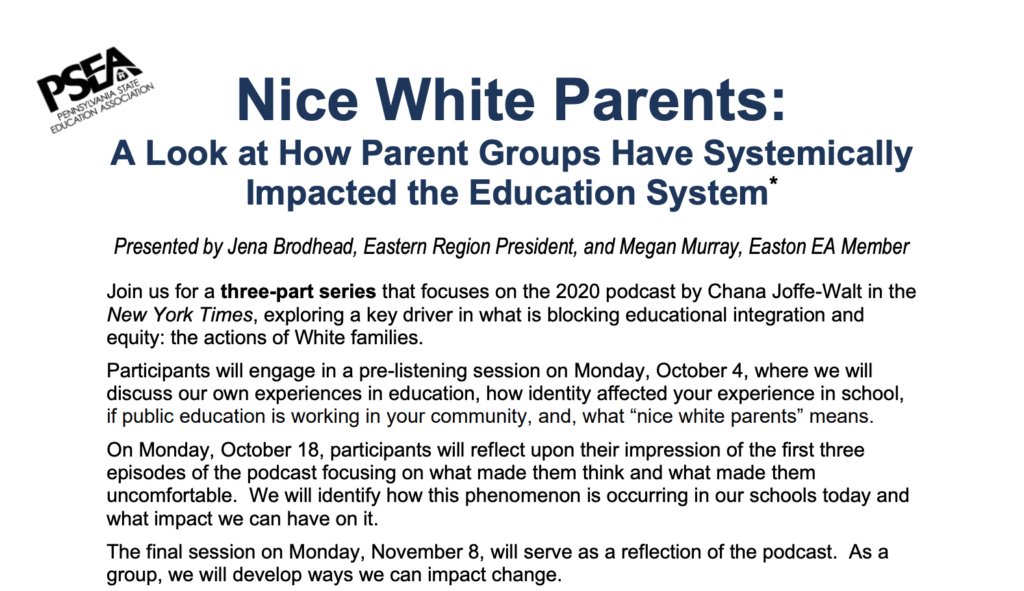 “At a time when students are facing unprecedented learning loss and at the beginning of what’s certain to be another administratively and pedagogically fraught school year, the fact that Pennsylvania’s largest teachers union is conducting a lengthy seminar series on this New York Times podcast is worse than a bad joke. It shows that their priorities are on broadcasting culturally left bona fides rather than helping students recover and learn.”

The PSEA did not return a request for comment.

Reviews of the podcast have been mixed, with many critics saying the author suffered from confirmation bias because she didn’t look for other factors that may have contributed to disparate educational outcomes aside from white parents.

“While the podcast makes plenty of observations that education reformers can agree with and have highlighted ourselves, it fails to hold accountable the major culprits behind our unfair education system—that is, state and local public officials,” a review from the Reason Foundation, a libertarian D.C.-based think tank wrote.

“It can also create an impression of being told what to think, even as we agree; when this happened in school, listeners might recall, we didn’t like it,” wrote Sarah Larson, a staff writer for The New Yorker who focuses on podcasts.

The podcast has also drawn its share of accolades.

“‘Nice White Parents’ operates most effectively as an illustrative project, drawing attention to how exactly an unequal system is preserved by groups who benefit most from the status quo, even when they mean well and think they’re acting in the name of progress,” a review from Vulture said.

Episode four of the podcast series seems to endorse Success Academy charter school in New York because of its ability to transcend the politics that traditionally embroil public education and its standards holding all students to consistent, high academic expectations. The episode notes that the low-income, minority students who attend the school perform better than their peers, including those who attend prestigious schools in the city.

Ironically, Success Academy is not unionized. And the PSEA has been a consistent opponent of efforts to expand access to charter schools in Pennsylvania.

In June, PSEA President Rich Askey called a bill sponsored by Sen. Scott Martin (R-Lancaster) that would have made it easier to create new charter schools “just about the worst attack on public education we’ve ever seen.”