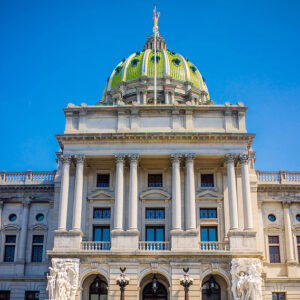 Pennsylvania Sen. David Argall would like to take a page out of Arizona’s playbook.

During a webinar Friday hosted by Spotlight PA to discuss the upcoming congressional redistricting, Argall (R-Berks/Schuykill) said he would like to see the state do an audit of the 2020 election. Argall made similar remarks Thursday.

Spotlight PA reporter Marie Albiges asked Argall, who chairs the state government committee, about a statement from former President Donald Trump asking Pennsylvania Republican leaders to facilitate an audit of last November’s election, and warning them, “The people of Pennsylvania and America deserve to know the truth. If the Pennsylvania Senate leadership doesn’t act, there is no way they will ever get re-elected!” 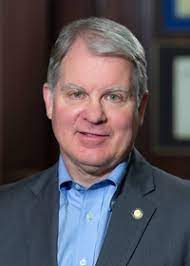 “I’ve said it many times, I’m not a philosopher, I’m not a king, certainly the governor in the last year has been accused many times of trying to act more like a monarch than a small ‘d’ democratic governor, so I’m an agent of public opinion,” Argall said. “I have to listen to the folks who talk to me, whether they come to the office, whether they see me when I’m walking my dog, they grab me at the end of the Boy Scout or Eagle Scout ceremony… I think it’s a good idea to take a second look or a third look and say okay, did this work out exactly as it was supposed to by law?”

It would be a “very careful recount, a forensic audit,” he said. “I don’t see the danger in it.”

Asked about two previous audits in Pennsylvania, Argall said those were performed by the same county election officials who oversaw the elections.

“If it was done once, what’s the damage in doing it one more time to try to answer the concerns that people have? I just don’t know what people are afraid of in allowing the audit to proceed,” Argall said.

Pressed about whether he accepts the results of the November 2020 election, Argall said that the Electoral College had ruled and President Biden is in the White House.

Meanwhile, the legislature is moving forward with election reforms, including requiring voter identification, signature verification on mail-in ballots, pre-canvassing to count mail-in ballots more quickly, and changing the deadlines for mail-in and absentee ballots. The Senate government committee has also approved a bill to allow voters to weigh in on a constitutional amendment requiring people show identification every time they vote, instead of only the first time at a polling place.

“I think there should be a way,” he said. “I’m told that research indicates that Republicans, independents and Democrats agree to start that long process of changing the constitution in order to allow for that.”

Regarding the governor’s threatened veto of any policy he considers voter suppression, Argall said in the primary election the voters overruled Wolf and passed changes to the constitution to permit the legislature to have a say in extending emergency executive orders.

“When the governor refuses to work with us and casts veto after veto after veto, this governor has vetoed more bills than any governor since Milton Shapp. (Shapp served from Jan. 1971-Jan. 1979.)