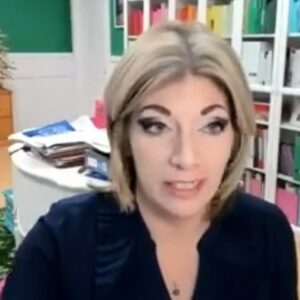 DelVal State Sen. Katie Muth says the rules of the Pennsylvania Senate are unfair, and she is teaming up with a colleague to fight back.

“Most people would be shocked to learn how rigged these rules are,” Muth said in her opening remarks. Democrats will be in the minority in the Pennsylvania Senate for the 29th year next legislative session with a 22 to 28 split.

Williams (D-Allegheny) and Muth (D-Chester/Berks/Montgomery) also sent a letter to the new Senate leadership asking that a long list of changes be made to Senate rules used to conduct business. The changes would give members of the minority party more power.

“Negotiations on the rules are taking place as we speak and hopefully, we’ll be able to incorporate some of these,” said Costa.

Muth said the changes would make the Senate “more fair.”

One of her complaints is that under current rules, the minority party’s bills may not come up for discussion or votes, depending on decisions by the leadership of the majority party. “We’re not even able to speak on the floor before a bill is voted on,” said Muth.

However, both Muth and Williams admitted previously voting for those rules, which passed the Senate unanimously.

Now, Muth is complaining about them.

“Hundreds of bills and resolutions drafted by members of the minority party never receive consideration in committee,” said Williams. On the Senate floor, Democrats can offer amendments but the majority “routinely uses procedural motions, such as tabling the amendment” to prevent those amendments from being incorporated into the legislation — or even discussed.

“We call the committee ‘the graveyard’ sometimes because that’s where all the good bills go to die and they never get a vote,” Muth said.

During the online discussion, she showed a video of a chaotic scene in June 2019 and floor discussion of a bill concerning general assistance (welfare). The Democrats asked Lt. Gov. John Fetterman acting as Senate president to take control. Fetterman allowed Muth to read a letter on the floor in violation of the rules. Sen. Pro Tempore Jake Corman called out Fetterman’s actions.

“Never in my career has the presiding officer ignored the rules,” Corman said. “Your job is to enforce the rules of the Senate and not to be a partisan hack.”

Fetterman has since been elected to the U.S. Senate.

Williams cited some statistics: In the most recent two-year session, only 6.5 percent of bills introduced made it through the legislative process and only two bills introduced by Democrats reached the governor’s desk. But 111 bills sponsored by Republicans did.

The list of proposed rule changes includes ensuring all bills and resolutions receive a vote in committee; a two-thirds vote requirement for certain motions, including tabling; mandating the marked calendar be released at least 24 hours before the start of the session, and authorizing ranking minority chairs to call committee hearings.

Other rule changes include implementing a sexual harassment and misconduct policy to protect all individuals working within the state capitol, including outside contractors, lobbyists, and visitors; and requiring all members’ legislative expenses and all per diem payments to be posted and in a searchable format on the public-facing website of the legislature.

Erica Clayton Wright, Senate Republican Caucus spokesperson, said, “At the beginning of each legislative session, after consultation and compromise with the minority leadership team, the Senate as a body votes on the rules of the Senate. While we encourage and value Sens. Muth and Williams’s engagement in the rules process, the proper channel to present their recommendations is to their leadership and their members, not the media.”

During the discussion, Muth asked members of the public to contact their state senator and ask them to support these rule changes when the new Senate session begins on Jan. 3.