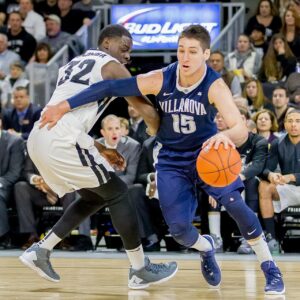 College athletes in Pennsylvania may now earn money from their names, likenesses, and images.

On Wednesday of this week, the NCAA approved new regulations that allow collegiate athletes to profit from their status. The new regulations, which took effect on Thursday, were announced in the wake of a move by the Pennsylvania State Senate, which on Monday approved a measure that allows college athletes in the Commonwealth to earn outside income through endorsements. The language was included in Senate Bill 381, a budget bill dealing with educational issues.

NCAA regulations had previously prohibited student-athletes from profiting or deriving income from their status beyond what is included in their athletic scholarships, which traditionally cover the cost of tuition room and board, textbooks, and some other education-related expenses.

The NCAA argued the regulations were necessary to preserve the distinction between amateur and professional sports but the Supreme Court ruled them unconstitutional in a decision announced on June 21.

There are six NCAA Division I institutions in the Greater Philadelphia area: Temple, Villanova, St. Joseph’s, La Salle, Drexel, and the University of Pennsylvania.  Division I institutions often derive significant revenue from their athletic programs, notably football and men’s basketball However, the new stipulations would apply to student-athletes at colleges and universities throughout the commonwealth regardless of the level at which they compete or the sport they are involved in. NCAA Division II institutions offer athletic scholarships; Division III schools do not.

As an example, Villanova basketball star Ryan Arcidiacono, who led his team to their 2016 NCAA championship, might have garnered thousands had the new rules been in effect when he was competing in college.

Fran Dunphy, who was formally the men’s basketball coach at both Penn and Temple, is now serving as Temple’s acting athletic. In a statement, he expressed support for the new regulations.

“Temple University is excited for its student-athletes to be able to use their NIL in accordance with state law and will provide them with education to help navigate the process,” he said.

Sen. Robert ‘Tommy’ Tomlinson, (R-Bucks) was one of the co-sponsors of the Pennsylvania measure. “This critical legislation will empower student-athletes across the Commonwealth who compete in collegiate level athletics and ensure Pennsylvania’s colleges and universities do not face an unfair recruiting advantage as other states adopt their own rules in response to the court case,” he said. “I truly believe this legislation will enable these athletes to improve their lives, academically, athletically, and financially.”

Sen. Anthony Williams (D-Delaware/Philadelphia) says the new regulations are a step toward student-athletes being compensated directly.

“It begins the conversation about compensation,” he said, “which is long overdue for student-athletes. This certainly helps those athletes that have an image and a name that Nike or Adidas would want to use.”

Williams says the new regulations might enable some student-athletes, particularly those from modest economic circumstances, to remain in school knowing they can earn outside income without jeopardizing their athletic eligibility.

“Hopefully it diversifies the possibilities,” he said. “For all students, whether you come from a place of wealth or want or need. You will now have an opportunity to enjoy a college experience.”