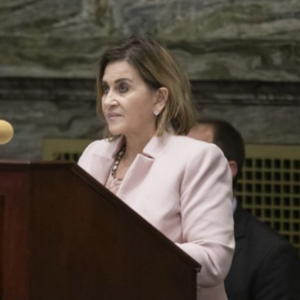 The Republican-led state Senate voted Thursday to end Gov. Tom Wolf’s (D) emergency declaration Thursday, two days after their House counterparts did the same. However, they were careful to extend waiver protections initially put into effect during the COVID-19 pandemic until Sept. 30.

“For all practical purposes, the state of emergency in our commonwealth is over,” said Senate Majority Leader Kim Ward (R-Westmoreland).

Now the Senate has done the same. It left existing waivers in place to protect access to federal funding, as well as emergency authorization of telemedicine, temporary staffing at nursing homes and other healthcare facilities.

“The extension of waivers provides health care and economic flexibilities to protect Pennsylvania families, especially our elderly and vulnerable populations while ending the most stringent and unnecessary restrictions still in place since the onset of the COVID-19 pandemic.”

“The Senate actions reflect the will of the people and are a necessary step to help the commonwealth transition out of crisis,” the Republican said.

Not surprisingly, Democrats don’t agree, though their tone was muted.

“While I disagree with the decision to end the emergency declaration in HR106, I will be supporting HB854 which extends many important protections of such a declaration through Sept 30,”  Senate Minority Leader Jay Costa (D-Allegheny) said via the Senate Democrats’ Twitter feed. “This is a compromise that will preserve much of the Governor’s emergency declaration, and I am hopeful that it will not put our constituents at risk or harm the industries that have struggled in the last year.”

Senate President Pro Tempore Jake Corman (R-Centre) said, “The people of Pennsylvania gave us a mandate to take a different approach to managing the COVID-19 emergency. Ending the disaster declaration while preserving critical waivers for telemedicine, health care staffing and other priorities fulfills the promise we made to Pennsylvanians to protect lives and livelihoods. The actions of the General Assembly will finally allow our commonwealth to move forward from the pandemic and begin our recovery without the looming threat of new shutdowns or restrictions.”

Republicans continue to argue Wolf’s aggressive lockdowns, among the most strict in the country, did extensive damage to the state’s economy while providing minimal benefit.

“With Pennsylvania rapidly returning to normal thanks to a legislative-led vaccine rollout and the need to keep our economy on a track to vigorously reopen, we did not want to wait a minute longer to terminate this emergency disaster declaration that has been responsible for so much economic devastation over the last 16 months,” said Pennsylvania House Majority Leader Kerry Benninghoff (R-Centre/Mifflin).

A spokesperson for Wolf did not respond to a request for comment.