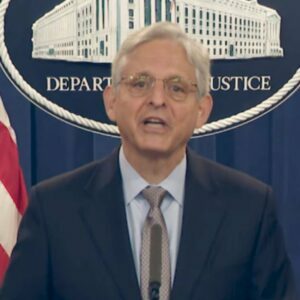 The Pennsylvania School Boards Association tells Delaware Valley Journal it disavows a letter last week from the national school board group asking that parents protesting education policy be investigated as possible violent domestic terrorists, That letter resulted in swift action from Attorney General Merrick Garland — and a swift backlash from advocates of parental rights and opponents of federal interference in local law enforcement.

Garland sent a memo out last week which affirmed people’s right to free speech on the one hand, while unleashing the FBI to launch investigations into incidents in local school districts, on the other.

When asked, the Pennsylvania School Boards Association disavowed that letter.

“PSBA has always encouraged local school boards to welcome input and remarks from community members and all stakeholders, and Pennsylvania has a long history of relying on local school district control to ensure that the will of the community and parents is best represented,” Stevenson said. “PSBA is strongly averse to the lack of civility and violence being witnessed in some districts, and we support that local districts need to be able to work with their local and regional law enforcement to address such safety concerns.”

Susan Stern, Radnor Township School Board president said, “The Radnor School Board completely supports First Amendment rights and we welcome hearing public comment from all citizens. We also believe that a public meeting where all feel welcome to attend is of the utmost importance.”

Simon Campbell, a former Pennsbury school board member said, “Criminal activity is criminal activity,  no matter where it occurs. Yet we don’t see public memorandums by the U.S. Attorney General targeting all citizens who go to convenience stores just because some convenience stores may have reported possible criminal activity. It is chilling that President Biden has authorized the targeting of American citizens based on those citizens’ engagement in matters of public policy. That anyone has to fear being investigated as a domestic terrorist for exercising his or her First Amendment rights at a school board meeting, is evidence that President Biden has launched an attack on our Republic and the very freedoms we cherish as Americans. This is like a horrible movie scene from 1930’s Germany.”

Myron Goldman, a retired math teacher who taught in the Philadelphia School District and is now running for a seat on the Cheltenham School Board, was also taken aback.

“This is constant with our transformation from a constitutional republic to a totalitarian one-party state.  The Democratic Party is under the control of people with an agenda that includes the transformation of America into a highly regulated country in which all aspects of our society come under central government regulation and opposition speech is punished,” said Goldman. “We must not focus only on the micro specific incidents, such as punishing parents who object to government policy, and we must acknowledge the macro transformation that is happening.”

Some law enforcement officials are looking askance at the Biden administration’s policy, as well.

When asked about whether it was appropriate for the Department of Justice to prosecute individuals in Bucks County school districts, Bucks County District Attorney Matthew Weintraub said, “Absolutely not. There’s no need for it. There’s no place for, it will have a chilling effect on our First Amendment right to free speech. I don’t want you to conflate what I’m saying though…if somebody is going to overtly threaten another person, whether it’s on the internet or live at a school board in anger, they will be held accountable. But if they’re merely expressing their anger or their displeasure at their quality of education or the manner in which that education is provided, they have a right to be heard. And I will steadfastly uphold that right under the First Amendment.”

Bruce Johnson, a retired supervising special agent of a Joint Terrorism Task Force, said he was “stunned at the abuse of American’s civil liberties this memo entails.”

Johnson compared today’s situation to the FBI abuses in the 1960s when it monitored left-wing protesters and the Rev. Dr. Martin Luther King Jr., which led Congress to enact rules enacted to restrain the bureau.

“These rules were so strict and burdensome that most agents preferred not to work domestic terrorism. The FBI was supposed to be a paragon of the First Amendment, closing cases rather than ‘chilling’ free speech.  The prospect of being sued personally by the subjects of the investigation was not only real but happened,” he said.

But that changed with the Patriot Act.

“Then Director (Robert) Mueller tried to make the FBI more like the CIA,” he said. “The CIA, of course, has a completely different mission…Now we have an FBI, which focuses on domestic matters and was caught red-handed tampering with an American election with little accountability to date.”

“The FBI needs a director of integrity willing to stand up for the civil rights of Americans. To date, Director Wray has failed at this. Recent allegations that this attorney general’s family will financially benefit because of this memo is a clear violation of the Department of Justice code of conduct. But until we have people in charge in our government and the news media with integrity, going to court is our only resort.”

Johnson suggested individuals file lawsuits if their rights are infringed, with the help of organizations like the American Center for Law and Justice.

David Keating, president of the Institute for Free Speech, is currently helping Campbell and other Lower Makefield residents take the Pennsbury School District to court over allegations that that district denied their free speech rights.

“Citizens who are peacefully advocating for change in our nation’s schools should be undeterred. What’s most disturbing about the memo is that it was triggered by a thinly documented letter from a special interest group,” said Keating.

“School boards need to do a better job of listening to the public. Too many school boards create unnecessary tensions by ignoring First Amendment rights during public comment time and discriminating against dissenting viewpoints. Maybe the attorney general should remind the nation’s schools of their constitutional obligation to respect free speech and the right to petition the government,” said Keating.