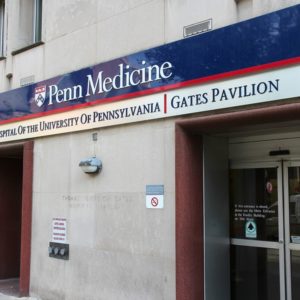 Even before the coronavirus began its sweep across the globe and into the U.S., Pennsylvania was facing a shortage of ventilators — medical devices that are the key to saving the lives of those who become infected.

While most who contract COVID-19 will experience mild to moderate symptoms, some will develop severe lung complications, needing a ventilator to help them breathe while in a hospital’s intensive care unit (ICU).

In York, Pennsylvania, last November, the local CBS affiliate reported that, “a local ventilator treatment center is filing for bankruptcy, unable to provide care because of low Medicaid reimbursements. The fear is this will become a trend.”

The report went on to note that because of specialty care, the average ventilator costs ran about “$650 to $800 per patient, per day to treat. As it stands now, Medicaid reimbursement is only $250 a day.”

The shortage became so severe that a story from the Philadelphia Inquirer said, “If the state can’t come up with more money, providers warn that Pennsylvania could see a cascade of nursing home closures.”

And with this increase in the number of patients, the supply of ventilators has become a focal point of government and healthcare officials. After first suggesting that state governments should step up efforts to obtain ventilators for their local populations (“They can get them faster by getting them on their own”), President Trump has since announced that he’s invoking the Defense Production Act of 1950, which gives him the power — if needed — to order increased production of vital medical supplies.

Pennsylvania lawmakers aren’t waiting around, however. In November, state senators Camera Bartolotta (R-Carroll Township) and Daniel Laughlin (R-Erie) proposed the Preserving Access to Ventilator Care in Pennsylvania Act, which would increase reimbursement costs by $130 a day. “Undoubtedly, Pennsylvania is nearing an access to care crisis,” according to the legislation.

And that was before the coronavirus crisis struck.

Using information from the virus’ impact in Europe, data scientists at the University of Pennsylvania have built a mathematical model to help Penn’s hospitals forecast how many ventilators they will need in the coming weeks.

“The intention is to see what the capacity requirements for hospitalization, intensive care, and ventilators might be,” Penn data scientist Corey Chivers told the medical website Stat. “The more we can get a handle on whether capacity is too low for what an area can expect, the more a hospital system can take steps” to address that shortfall.

According to their projections, by early May, Penn’s hospitals will be treating 300 COVID-90 patients, 150 in ICU and 75 on ventilators. There are fewer than 100,000 ventilators in the entire country.

When asked how many ventilators Pennsylvania has on hand, Levine declined to answer specifically, instead saying the state will rely on the federal government if they run short.

While state lawmakers hope to address the crisis by adding more money to the pot, a national healthcare policy expert says government prices may have contributed to the creation of the problem in the first place.

Cannon said the problem can be exacerbated by pricing differences among different states.

“One state might set the price of ventilators too low, the second might set it too high. Ventilators are going to leave the first state for the second state, and they’re not going to come back,” he said.

For government to correct the price, Cannon noted, it often takes legislation or the decision of a bureaucratic agency or panel, all of which can take months, years — or in extreme cases, decades.

For example, Bartolotta told a Pittsburgh TV station that adjusting the government-set price has been a lengthy saga.

“These institutions for three years have been waiting to have their Medicare reimbursement increased,” Bartolotta said last year.

Meanwhile, the Pennsylvania Department of Health says it is doing as much preparation as possible.

“The department is working with the Hospital and Healthsystem Association of Pennsylvania to determine the number of ventilators available throughout the commonwealth, and to ensure we are prepared,” Nate Wardle, a spokesperson for the Department of Health, told Delaware Valley Journal. “The department also has a supply of ventilators and is working on determining how else we can complement the potential need.”

“As far as pricing, Medicaid pricing, state payments, those are certainly concerns, but not things that can be addressed immediately as we face a public health crisis.”