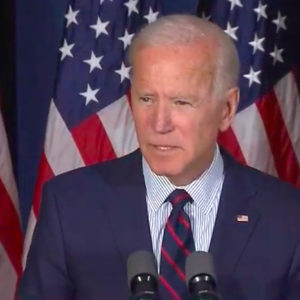 PA Producers to Biden: You Need Our Natural Gas to Achieve Your Climate Goals

Representatives of Pennsylvania’s natural gas industry have a message for the Biden administration: Don’t throw us under the electric-powered bus.

“The workers and local small businesses driving the economy and helping to build America back are essential to a low-carbon future which cannot be achieved without an affordable and reliable source of clean energy,” they wrote. “Natural gas is, and should continue to be, the key to our country’s environmental progress.”

On Thursday and Friday, the White House is hosting a virtual climate summit where Biden will formally announce his commitment to reducing U.S. emissions to at least 50 percent below 2005 levels by 2030. The administration expects 40 heads of state to participate, including Russia’s Vladimir Putin, whose nation is amassing troops on the Ukrainian border and has been subject to new U.S. sanctions in the past two weeks.

During a press event on Wednesday, Pennsylvania energy leaders noted Putin is one of the world leaders most likely to benefit if America restricts its own energy production. Russia has actually exported its natural gas to northern New England, even as states like New York and Massachusetts restrict products from the Marcellus Shale region.

“The most important point I want to celebrate today in anticipation of Earth Day with my colleagues is that American global energy leadership has really been expanded by Pennsylvania and our natural gas production,” said David Taylor of the Pennsylvania Manufacturers Association. “Not only are we exporting LNG, which is cleaner burning than other fuels, but we’re helping our allies to disentangle themselves with energy relationships with Russia, with OPEC, and this gives America more leverage on the international stage.”

Tom Melcher of the Pittsburgh Regional Building and Construction Trades Council, on the other hand, focused his message for Biden on the domestic front: American jobs.

“I represent over 62,000 tradesmen, and our partnership working in the gas industry over the last 10 years has been phenomenal for our members,” Melcher said. “They’re great, sustainable jobs. They are clean jobs. And they’re safe jobs.

Several participants touted the decline in U.S. emissions over the past decade due in part to converting coal and oil power generation to natural gas.

As for Biden’s goal of cutting U.S. carbon emissions by half, Callahan put it simply: “I don’t see how the United could meet this ambitious goal without natural gas underpinning the economy and underpinning the power grid. Natural gas is the ultimate partner for renewables.”

Delaware Valley Journal asked the participants how their industry, largely centered in the western part of the state, benefits residents of the Delaware Valley.

“Natural gas feeds a tremendous potential for growth,” said Taylor, pointing to the Kimberly Clark facility in Chester where access to gas has allowed the company to expand its footprint, as well as convert from coal-power generation. “There’s tremendous opportunity for businesses across the commonwealth.”

And, Taylor added, Pennsylvania is now the number one exporter of electricity. “Having abundant, affordable natural gas for electricity generation has lowered rates for all consumers. Those lower power and home heating bills are all due to Pennsylvania natural gas.”