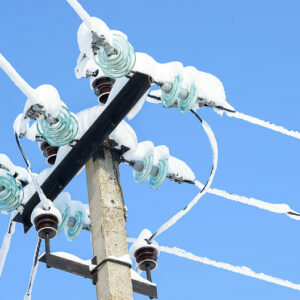 Nearly a year ago, Texas’ electrical grid buckled under a historic freeze. More than 200 people died, and millions were left without power for days in subfreezing temperatures.

Industry experts in Pennsylvania said they have learned harsh lessons from the Texas tragedy as they take steps to guard against a similar catastrophe in the Keystone State.  That is good news since a colder than average winter is predicted for 2022.

And Pennsylvania already has built-in advantages over Texas, which has operated for decades on its own deregulated power grid that industry watchdogs blamed in part for last year’s crisis.

The northeast region is accustomed to frigid temperatures and stark weather shifts. So, some measures that Texas grid operators and utility companies took after last year’s cold snap, such as wrapping electric cables with rubber insulation and enclosing infrastructure, are already standard techniques here, said Paul McGlynn, executive director of system operations at PJM Interconnection, one of the country’s largest grid operators.

On top of that, Pennsylvania is part of the Eastern Interconnection, a network of more than a dozen smaller operating authorities that includes PJM Interconnection, whose footprint includes 13 states and the District of Columbia. That gives grid operators more flexibility to divert energy to parts of the country experiencing upticks in demand due to extreme weather.

The state also has a large natural gas supply it can rely on in a pinch, McGlynn said, whereas many Texas power plants were forced to operate at a fraction of their capacity because of a gas shortage that forced some companies to pay more than one billion dollars on the spot market to secure what little gas was available.

“In this part of the county, we’re used to the cold weather,” McGlynn said. “A lot of our facilities are already designed with much colder temperatures in mind. We plan for the peak seasons of the year all year long…We have the ability to rely on importing power from neighbors, and we also export to our neighbors during stressed conditions.”

Democratic Gov. Tom Wolf’s office did not respond to a request for comment about initiatives that could help shore up any potential problems with Pennsylvania’s power grid. However, McGlynn says he feels the overall power grid here is stable and secure, even if the state experienced a historic cold snap, propelled by a polar vortex– an event that has challenged Pennsylvania’s grid in the past.

And he is not alone in that assessment, as the nation’s grid monitor, the North American Electric Reliability Corporation, or NERC, outlined in an annual winter assessment that PJM Interconnection “expects no resource problems” this winter because “installed capacity is almost three times the reserve requirement.”

The Eastern Interconnection Planning Collaborative echoed those findings in its own state-of-the-grid report, issued last month.

“The Eastern Interconnection remains strong, and that the transmission planning activities have yielded a system that is reliable and well-coordinated on a regional and interconnection-wide basis,” the report said. “Going forward, continued vigilance and effective use of planning evaluations both today and in the future are essential to ensure that individual regional transmission plans and the impact of generator retirements and additions complement, rather than conflict with, the regional plans of neighboring Planning Coordinators.”

The Texas tragedy is instructive for grid operators across the county on how to avoid paralyzing blackouts, McGlynn said. And previously, PJM told DVJournal that the grid that serves Pennsylvania is becoming more decentralized, which also helps to prevent widespread outages.

“We do a lot from a lessons-learned perspective. We take reliability very seriously,” he said. “We do a lot to look at not only internally on our own lessons learned, but we look to the industry to see what happened in other parts of the country, and then we line up our processes and procedures and things we use to see how we can improve and what we should improve. We’re more reliable today because of it. It’s good to keep your eyes open.”